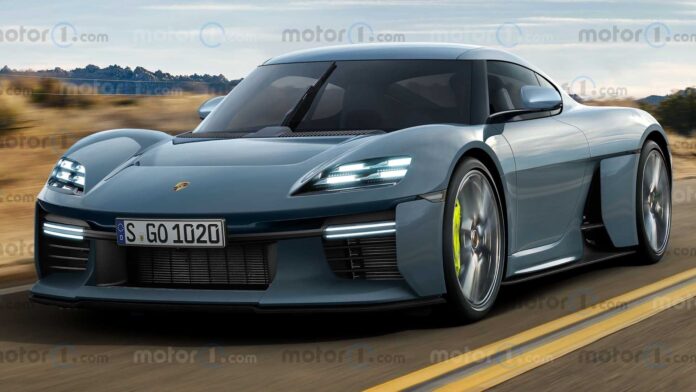 In the era of EVs, none is stopping to go all-electric. Similarly, Porsche has now confirmed that it will offer its mid-engine 718 sports car lineup exclusively in electric form from 2025. Co-developed with Audi, this update comes after a long period of doubt for its replacement of the current Boxter Roadster and Cayman Coupe which has been in the market for 10 years.

It’s likely to arrive as a Pure EV, where the battery will sit between the axles. In a recent announcement Porsche CEO, Oliver Blume said, ‘We are stepping up our electric offensive with another model. By the middle of the decade, we want to offer our mid-engine 718 sports car exclusively in an all-electric form.’

But the final Porsche 718 Electric is not confirmed yet, Blume also revealed that the electric model would be based on a new platform developed for two-door sports cars, and that design is inspired by the track-only Mission R concept. As per rumours, the 718 is to be built on Porsche’s Modular Mid-Engined Platform (MMB), but with the next Cayman and Boxter switching to electric powertrains, the platform needs huge technical changes to support them.

As all those power requires a charge, the range is expected to be lower than a Taycan which has a range of 300 miles and has a performance lower than the Concept R.