Best Spy Shots of This Week 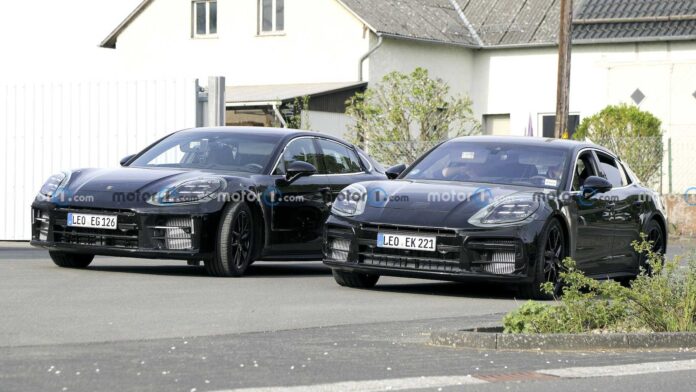 Best Spy Shots of this week includes the glimpses of the development vehicles which would soon hit the roads. The shots includes new models from Ferrari, Ford, Honda, Lamborghini, Porsche, and Volkswagen.

The new and improved SF90 Stradale which is currently under development has been spied testing, with improved aerodynamics at the front. The new design includes hood with an S-duct, and small tweaks to the vents in the fascia.

Coming to US in the next couple of years, the Ford Fusion Active is a boxy crossover. These shots shows there different taillights and doesn’t have some of the fake body panels from previous development vehicles.

The Civic Type R is going to soon debut in June, but still there is a lot of ongoing development as we spotted the hot hatch on the track. Wrap covering the body, this one appears production-ready.

The high-riding version of the Huracan is the Lamborghini Huracan Sterrato. The shots shows there is a scoop on the roof. Also there is additional underbody protection that includes skid plates, mudguards, and reinforced side skirts.

The Porsche 718 Boxster Spyder RS will have the powertrain from the 718 Cayman GT4 RS. The mill makes 493 horsepower and 449 Nm. The body gains scoops on top of the rear fenders.

The last heritage model from the brand, The Porsche 911 ST will use the 911 GT3 Touring as a starting point and will add strakes behind the front wheels. There would be other changes too.

Even though the Taycan EV is a success, Porsche isn’t giving up on the Panamera. The development vehicle of this model has a lot of camouflage and decals to distort the size of the headlights.

The Aero B is the brand’s upcoming electric sedan. In this shots we can see VW trying to hide that this is an EV by giving it tiny, fake exhaust pipes. Also expect a revised front end.

With very light camouflage, the next-gen Volkswagen Passat Wagon for the European market is a plug-in hybrid variant. The charging port can be seen on the driver’s side front fender.