HomeCAR NEWS2022 Super bowl Every Car Commerical you'll be seeing in the Super... 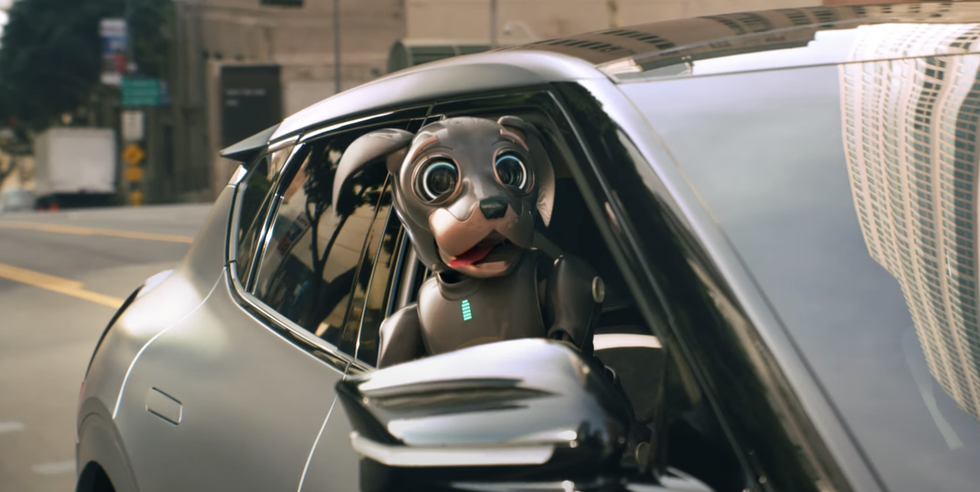 And since it is the biggest event of the year, it’s a chance for the billion dollar companies to have plans to gain more audience with their huge spending with their commercials. And for that they spend millions of dollars for that with collaborations with many popular and biggest Hollywood celebrities in their advertisement.

This year many car companies such as BMW, Kia, Nissan, Polestar and many others will pitch in their commercials for the 56th America football championship which is scheduled for Sunday, February 13th.

We all know BMW is spending tons of money to promote it’s EVs and thus lies it’s ads on YouTube named “Zeus and Hera” played by Arnold Schwarzenegger as Zeus and Salma Hayek as his wife Hera, who gets retirement from their jobs of being god and move to earth where they find difficult for himself to cope up with the latest technology and people asking for his help by powering their machines and feeding up from that, one night Zeus took all the power from the city and soon after on early morning while taking his pet for a walk, Hera gifts him the all new BMW iX all electric EV which he take for a drive happily after.

Arnold has always been a keen supporter of electric vehicles, when he was the governor of California and he also attended the launch of the Tesla Roadster in 2006. It would be really fun watching that.

Kia will go for a much simpler this year with it’s 60 second no dialogue ad started with Bonnie Tyler’s “Total Eclipse of The Heart” followed by an adorable robo puppy who was fed up with not having any owner for himself and couldn’t stop waiting. In order to someone to adopt him, he finds a charging 2022 Kia EV6 GT AWD and without waiting further ado he follows the car everywhere, dodging the obstacles and jumping off rooftops and finds himself in the guy’s hands recharging by the Kia EV6  after he falls off the roof in order to catch the car which followed by the ads tagline “Live Fully Charged”. And this is called a simple but impressive commercial which Kia has demonstrated that you just need to think out of the box. Also

Kia will extend the commercial’s reach by partnering with the Petfinder Foundation to encourage animal adoptions. And has also launched its first ever TikTok integration on Friday, February 11, that will feature Robo Dog and a “Turn Around Dance” featuring Tyler’s hit song.

In the teaser, Toyota’s super bowl will feature Tommy Lee Jones, Rashida Jones and Leslie Jones driving it’s latest full size pickup, Tundra to rival Ford, Ram and Chevy. The Solar Octane Orange Tundra Pro which boasts a twin-turbo V6 hybrid powertrain which makes 437 hp which can hit 0-60 mph in 5.7 seconds to challenge another Tundra for a race. And we’ll see much more of it during the Superbowl first quarter.

Nissan’s 2022 comercial is all about it’s new lineup of cars for this year starting with a 60 second ad named “Thrill Driver” starring Brie Larson and Eugene Levy where Brie hands the keys of new 2023 Nissan Z to let Eugene drive it, where he meets his Schit’s Creek co-star Catherine O’Hara driving the 2023 Nissan Ariya midway and the scene then turns into a hollywood action movie sequence where he stunts with the Z fighting with the villians and catch Dave Bautista airborne without spilling his coffee and which ends with a premiere in the theatre and marked by Brie then having the keys back and take control of the new Z. The ad also features Danai Gurira and this commercial will air during the fourth quarter of the game.

This will the first ever super bowl commercial for Carvana where it’s makes the used car buyer happy with it’s service that the next best car could be your loved one where it’s 30 seconds ad named “Oversharing Mom” led by a women, who couldn’t stop talking about her favourite thing anywhere where she tells about the benefits and assurance that comes from Carvana when you buy a new used car, and that the company delivers because they’re not a salesperson as many people gets frustrated as a used car buyer as you next used car buyer could be your mom.

Vroom wants you to get your eyes onto via a musical approach with its and where it’s 30 second commercial followed by the musical called “Flake” which tells how difficult can it be to sell your car, featuring Ariana Rosado in happily dance performance where she had sold her car but later finds her car buyer backed out at last moment  and then Vroom comes which made her car selling a lot more easier and just from her home.

7. Bonus: Vroom’s Behind the Scenes Video

Vroom will also air its behind the scene 30 second video during the fourth quarter, and just as it sounds it explains how the official ad was made possible and how a 30 second ad costed 56 hours of rehearsal with 47 cast members choreographed with an enthusiastic jazz style music commercial.

Wallbox, who sells home charging solutions for EVs will also be featuring it’s first ever commercial this time which will air during the second quarter of the game. Followed by a 50 plus second video on YouTube with the theme of “Embracing Electricity” where it features a man who is living with a fear of electricity because he got struck by lightning (which is a true story of a real person named Seth Thomas, who was hit by lightning while on a motorcycle trip with his dad a decade ago) and is scared of electricity and to do any task which requires it to run it.

With Wallbox helping him to embrace it and get it over with the fear of electricity which helps charge his car with a Wallbox charger. The ad shows that the higher temperatures caused by global warming actually raise the frequency of lightning (each 1.8 degree F increase leads to 12 percent more strikes) so going electric can also help others avoid being hit in the future.

This will be Polestar’s first swoop into a Super Bowl advertising commercial. The brand intends to launch its Polestar 3, it’s newest all electric SUV later this year.