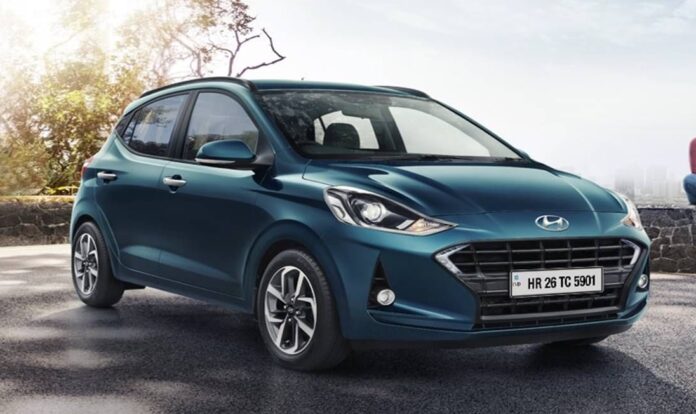 The Suzuki rival was caught testing in Korea with its new face-lifted model. The 2023 Hyundai Grand i10 Nios facelift offers new improved looks and visual changes. With one of the most popular segment cars in the market, the car offers a competing package from its rivals. The Grand i10 Nios offers great looks and a feature-rich cabin with plenty of room inside. The much-awaited facelift model is currently under testing, Hyundai plans to launch the car in India soon. Here are the things you should know about the 2023 Hyundai Grand i10 Nios facelift.

The 2023 Grand i19 Nios facelift will offer an improved design with updated looks and redesigned body. The car will feature a new grille, new headlights, new LED DRLs, and a stronger bumper. The rest of the car’s design will look similar to that including the body panels. The new i10 Nios will pack new alloy wheels with an improved rear taillight and bumper.

With an updated look, the 2023 Grand i10 Nios facelift also gets a refreshed cabin with new color combos. The cabin will feature an updated upholstery design offered in different colors. The Hyundai Grand i10 Nios facelift will feature a new 5.3-inch digital gauge cluster, and an 8.0 infotainment screen. It will also offer a wireless charger, and voice navigation with Apple CarPlay and Android Auto.

Apart from the new turbocharged engines, the Hyundai Grand i10 Nios facelift will be available with a CNG engine. The new CNG engine will make over 69 PS and 95.2 Nm of torque paired with a 5-speed manual transmission. The upcoming CNG powertrain model will offer more fuel economy compared to the petrol variant.

When It Will Launch

We expect the upcoming Hyundai Grand i10 Nios facelift to hit showrooms in the third quarter of 2023. The hatchback will compete with Tata Tiago and the Suzuki Swift.