2024 Toyota bZ5X: Things You Should Know 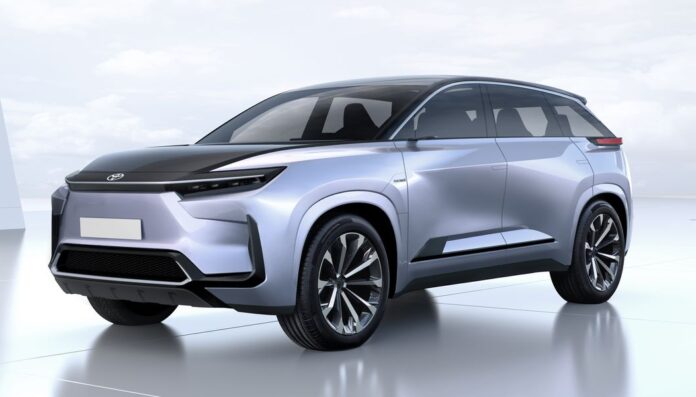 With the ongoing race to convert every gas-powered vehicle to electric, every big carmaker is running towards electrifying their lineup of cars. One of them is the Japanese automaker, Toyota which is all set to enter the EV with its futuristic cars. Following the all-new bZ4x, the upcoming 2024 Toyota bZ5x will be an all-new full-size electric SUV. The new bZ5x will replace its three-row gas-powered Toyota Highlander SUV. The new Toyota bZ5x features a sleek and modernistic-looking design that presents quite well. The upcoming electric SUV will be powered by two electric motors with an all-wheel drive. But the full details are still unknown as the car is still months away from its official launch.

The upcoming 2024 Toyota bZ5x will be an all-new electric SUV to the company’s bZ (Beyond Zero) electric lineup. The company hasn’t shared any official information as to whether the car will go into production or will hit the roads. We do know that the new bZ5x will be a part of 30 electric cars that Lexus and Toyota will produce before 2030 as their EV lineup. The bZ line will not be reserved for just SUVs and will add sedans and crossovers to their portfolio.

We don’t have any official data regarding the car’s powertrain and power output. We expect the upcoming Toyota bZ5x to come with a dual motor setup that will make over 300 horsepower with standard all-wheel drive. The car will have an acceleration time of under 5.0 seconds and could achieve a top speed of over 130 mph. Similar to Toyota’s current cars, the bZ5x EV will deliver playful drive with great agility and thrill. Combined with a spacious cabin with a high-tech minimalistic interior which will reflect on an overall good drive. We will update as the car goes on sale and the real-world tests are out.

We don’t know the full details about the car’s internal powertrain specs as they are not official yet. But except judging by the strategy, the new Toyota bZ5x will come with two electric motors powered by a 70-kWh battery. The car should offer an electric driving range of over 250-300 miles and will come with DC Fast charging tech. We will update you regarding the car’s details as we get the official details of the car.

We don’t have any information regarding the pricing of Toyota’s upcoming electric SVU but we can expect it few steps above the current Toyota bZ4x. We have estimated that the 2024 Toyota bZ5x will come at a price of around $50,000. It will offer two models, base XLE trim and top-spec Limited trim with different configurations. We will update you as the official listing of the car’s price is out after the launch of the EV, so stay tuned.