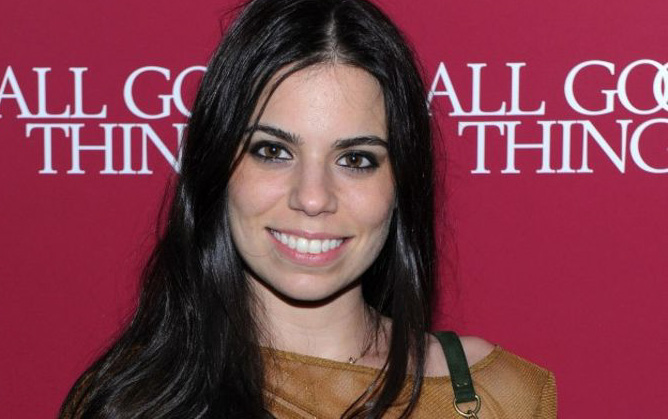 Ally Hilfiger, is a popular artist and Hollywood actor and is the daughter of the popular fashion designer Tommy Hilfiger. Ally starred in films such as Rich Girls, Proud, and Scatter My Ashes At Bergdorf’s. Apart from her acting career, Ally is also an artist and an author and she wrote a book about Lyme disease. She is known for her luxury lifestyle and great rides like her father. Let’s have a look inside what cars Ally Hilfiger has in her amazing car collection.

Most people dream to own a Ferrari, but Ally has got herself the Ferrari Enzo. Thanks to her rich father, she owns one of the most beautiful and rarest Ferraris ever made. The Ferrari Enzo offers a 6.0-liter naturally aspirated V12 engine that makes 651 hp and 485 lb-ft of torque. It can accelerate from 0-60 mph in 3.1 seconds with a top speed of 221 mph. A supercar that costs more than $2.4 million can easily outshine anybody’s garage.

Next in her collection is the Fisker Karma, an amazing car that came around with a lot of hype. The Karma came with a 2.0-liter turbocharged 4-cylinder engine paired with two electric motors making 161 hp. Though this vehicle became recognized by celebrities buying them, the manufacturer had to bankrupt leaving a debt of $192 million.

Ally Hilfiger Car Collection becomes even more special with this ultra-luxury Mercedes-Benz S-Class. The S-class remains the gold standard for Mercedes in the luxury cars line-up. With plenty of latest tech and ultra-luxurious cabin makes iconic sedan. The S500 is powered by a straight-six engine producing 429 hp and S580’s V8 engine produces 496 HP with an all-wheel drivetrain as a standard.