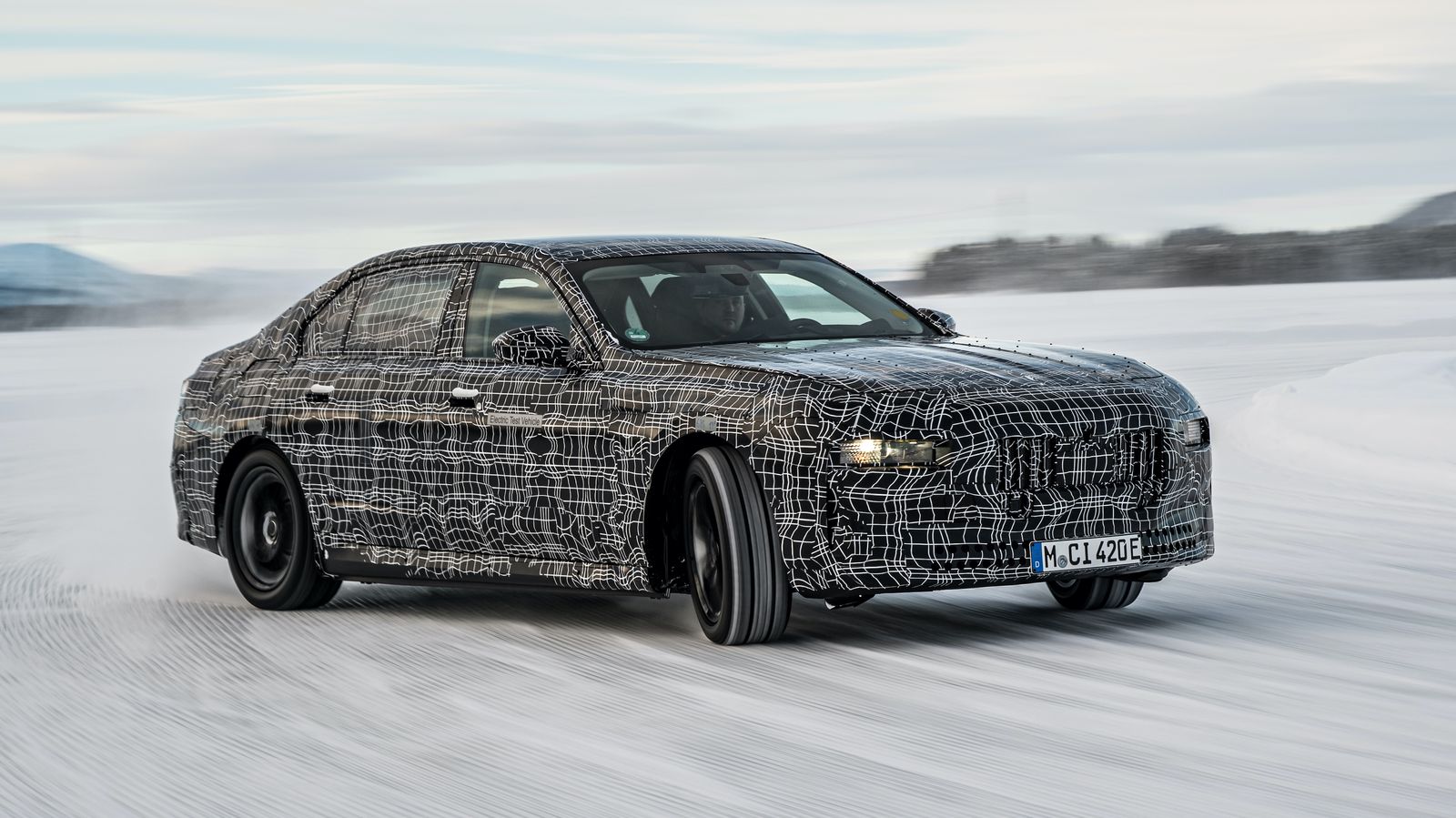 While we’re awaiting for the full details to be rolled out later this year, we’re expecting a complete design overhaul for the i7, much like the 7 Series of which the i7 will be based upon as the spy photos suggest. The new i7 is expected to pack a dual motor design for the base variant with a standard all wheel drive system and of course the luxuries for which the brand is known for.

The new 2023 BMW i8 will rival the industry’s best EVs such as the Tesla Model S, Mercedes Benz EQS, Lucid Air, and the upcoming Audi E-Tron GT. And we’re just excited for the launch of the new flagship EV from BMW.

The new 2023 BMW i7 will be the flagship all electric vehicle from the company based on the new 7 Series , both of which are yet to be announced and we’re waiting for the specs and reveal so we can update you people on that.

While we have been awaiting for the full information reveal, we can expect a dual or tri motor design for the new i7 with an expected power delivery of more than 600 hp to compete with the rivals and the battery size to be expected to be ranging from 80-100 kWh for the new i7 as to be one power with the rivals. Also we would expect a range of about 270-350 Miles. And the battery tech would be just as same, as we’re currently seeing in today’s cars such as the Tesla Model S, Porsche Taycan and the Mercedes Benz EQS.

BMW hasn’t said anything about the trim levels and the price tag of the cars bought as far the current speculations go, we expect the i7 to be launched with three models, eDrive40, eDrive50 and the top spec M60. And will be launched at an expected starting price of $100,000.