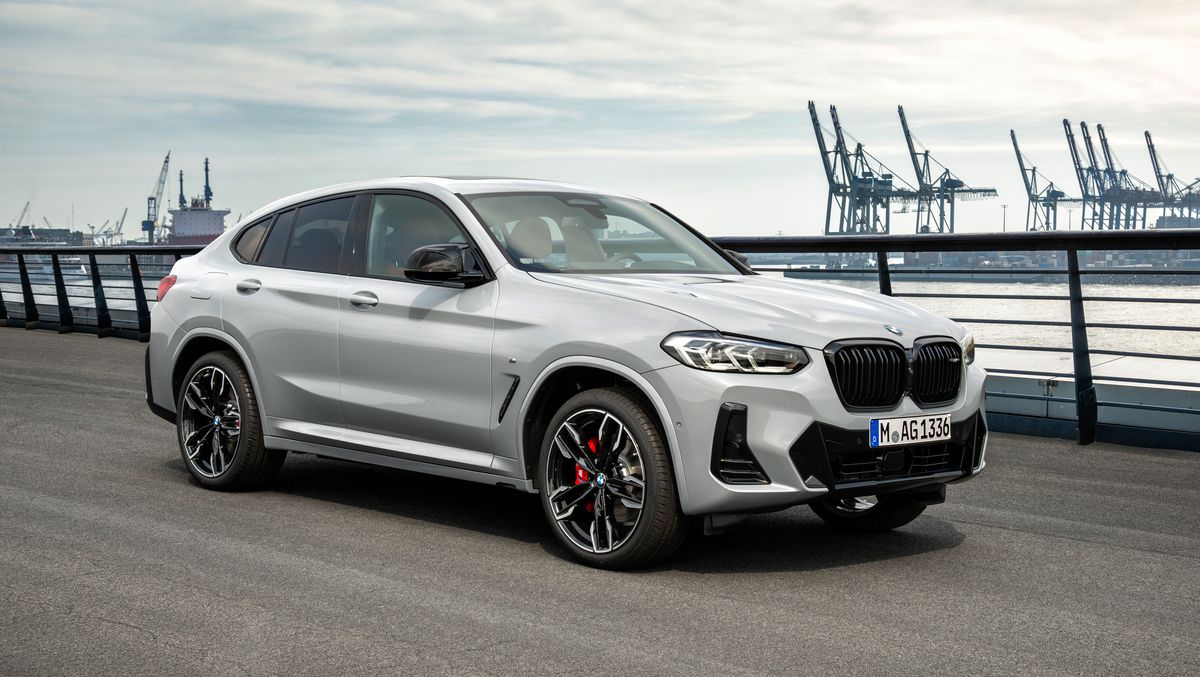 The 2022 BMW X4, if you’re in just for the looks, and don’t mind to compromise for a larger boot space and spacious cabin like the BMW X3, the new BMW X4 might amaze you with it’s bold looks and it’s sloping roofline which just looks absolutely stunning and can steal anybody’s attention with it. And offer just as great a driving experience as it’s twins. It comes with two powertrain options, a 248 hp turbo four and a 382 hp turbo straight six, both of which paired with an eight speed automatic transmission and all wheel drive as standard. And just like the X3 it’s also loaded with every possible features and materials a driver would need. And if you seek more power then the new performance focused X4 M might satisfy your crave for more power.

For the 2022 year, the new BMW X4 M Comes with updated styling and looks with improved grille and bumpers, exterior lighting and new wheel design with reworked interior elements such as the driver’s centre console. And the top spec M40i comes with a new 48 Volt hybrid system and some new tech focused elements in the cabin as standard.

Both variants are paired with an eight speed automatic transmission and all wheel drive as standard. And can achieve a top speed of 155 mph. No matter which variant of X4 you choose , you’ll be amazed with it’s quick acceleration, precise handling with a good ride quality with easy cornering with a good stability control with a roaring sound with never falling short for power in any case.

The new 2022 BMW X4 starts at a price of $52,795 for the base variant. And we think the base xdrive30i is bank for buck, offering a great specs like decent cabin with every bit of luxury and tech features at your hands, many safety features like 6 airbags as standard and many driver assistance features and a powerpack performance. But still if you’re in a mood for high octane performance then the top spec M40i model will more fit you.