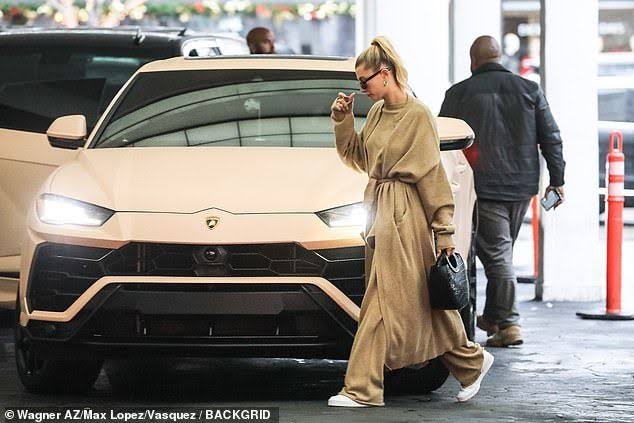 Hailey Bieber Car Collection have some of the coolest cars like Urus and Tesla. You may have heard of many people on social media who have an enormous collection of sick cars and today’s one isn’t much different. Who doesn’t know, Hailey Bieber.

Hailey Rhode Baldwin Bieber (born November 22, 1996). She is an American model and a social personality. She started her modelling career by appearing in magazines such as Tatler, LOVE, V and i-D and then, the charm of success followed her path from magazines to many big popular commercials from Ralph Lauren to Tommy Hilfiger, you name it. She’s married to one of the world’s biggest artists, Justin Bieber. Her net worth is around $20 Million and apart from her crazy following on social media, her car collection which is also off the charts. So come on, and let’s have a look at each one of them.

Who doesn’t love Tesla obviously Hailey does. She owns a Tesla Model X, apart from its stylish minimalistic looks and futuristic design. It is powered by a dual motor design which produces more than 500 hp and can go from 0-60 mph in just 3.5 seconds and has a top speed of 155 mph and costs above $90,000.

Just like most enthusiasts she also has a love for this Italian exotic SUV Hailey sure has too. She owns a Lamborghini Urus which is power by a 4.0 Litre twin-turbocharged V8 engine which produces a massive 650 hp and can go from 0-60 mph in just 3.4 seconds and achieve a top speed of 190 mph and costs a whopping $260,000.

Last up in the list she owns a customised Mercedes-AMG G63, the popular G Wagon. The most loved car in the celebrity car culture. It is power by a 4.0 Litre biturbo V8 engine which produces a hefty 577 hp and can achieve a 0-60 mph runtime in just 3.9 seconds and a top speed of 149 mph and it costs around $160,000. And considering this one is a customised one, she must have paid a much higher price to get all she needed.