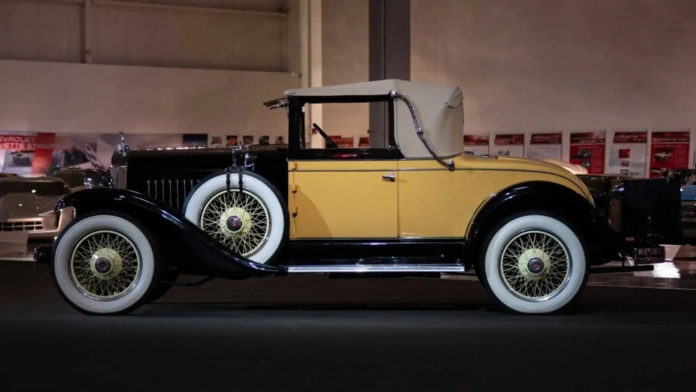 In this series of Blast from the Past, we have four Harley Earl Classics from the GM heritage which have put the streets of Detroit on fire. These cars are very less together outside the GM heritage centre. Harley Earl was the Design Chief back in the day at the General Motors and enjoyed a lot of fame for his substantial contribution to the world of automobile. But these four are not only time-less classics but his greatest works too.

Detroit Concours d’Elegance, is a event which celebrates car culture recently happened in the streets of Detroit on 18th of September, and was wholly-solely dedicated to people like Harley Earl and various others who’s innovations, ideas and designs made a huge impact on the automobile industry till date.

So the first on the list we have is the ’38 Buick Y-Job Concept finished in metallic black and those classy looking WSW(white side walls) wheels. It enjoyed fame as a concept car back in the days and was an example of futuristic design. This very car had also served as Mr. Earl’s personal cars for a couple of years.

Inspired from the Hispano-Suiza, the 1927 LaSalle Series 303 is made in collaboration of Cadillac president of that time, and Harley was hired to give a visual outline to the car.

Earl Automobile Works- was Henry’s family business where-in they used to make custom body-works as per the orders for their wealthy clients, One good example of those designs is the Cadillac Type 59C. The business was later acquired by one of the Cadillac distributors.

And concluding the list with Earl’s Greatest Works ever which is the ’51 LeSabre Concept, which surely makes everyone’s jaw drop. Jet aircraft was source of inspiration for this one, especially its hood, just like the Buick this too was one of his personal vehicles.