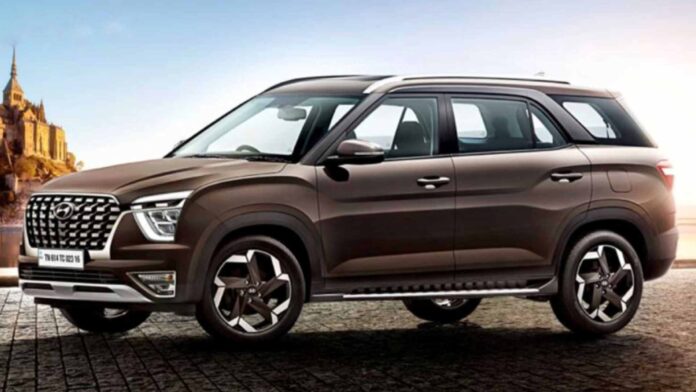 Hyundai Reveals a Photo of its Upcoming SUV Alcazar

Hyundai has revealed a photo of its upcoming SUV Alcazar, so some of the features of this car have come to light. The company will first launch the car in India and then export it to the international market.

Hyundai India has unveiled its upcoming SUV Alcazar. The company has leaked the official photo. The Korean company will place portfolios of Tucson, Creta, and Venue at this location. The most special feature of Alcazar is that it is the first product from Hyundai India to come in the three-row segment.

Alcazar is all set to launch in India. The company relied on Creta’s success last year. But, Hyundai can perform vigorously after this car. Like the Creta, the Alcazar is offering two engine options. Including 3rd Generation Nu 2 liter petrol and U2 1.5 liter diesel. The petrol will offer 159 PS of power and 191 Nm of torque. The unit will deliver 115 PS of power and 250 Nm of torque in the diesel engine.

Also Read : These 10 cars can get you in trouble, Due to Car.

The most special feature of Alcazar is that it will give powerful power. Customers will feel very comfortable riding this. Because this is a big SUV. In which people can easily sit. It will have Eco, City, and Sports modes. Meanwhile, more features have not been revealing yet. But, it can be given a large infotainment screen, wireless charging, air purifier and other features.

Alcazar will have seating for 6 to 7 people. Hyundai has provided tremendous space for rear passengers. Charging will be provided along with the armrest. The car may be launched in the Indian market soon. The car can then be export to the international market.