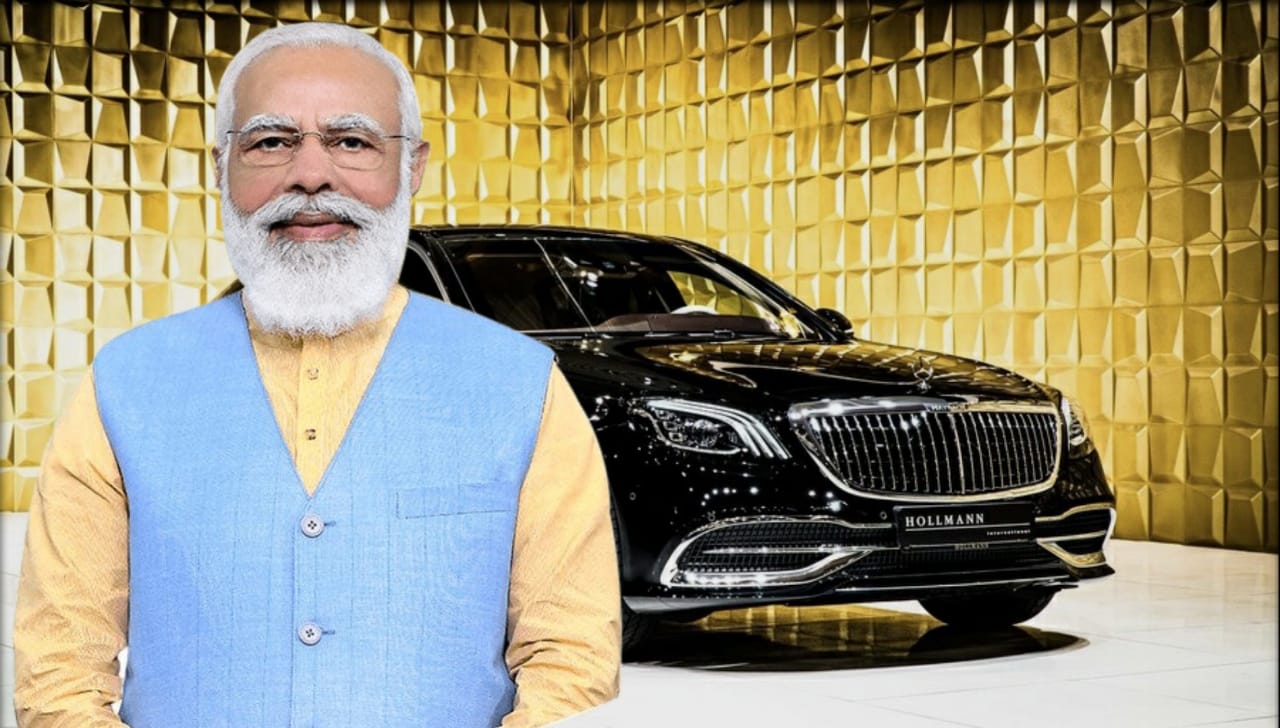 A new ironclad Mercedes-Maybach S 650 Guard has been added to the Indian Prime Minister Shri Narendra Modi‘s joint fleet of cars, replacing the old Range Rover Vogue and the Toyota Land Cruiser which have served really well for him in the last years in the service. But time to retire them and add a monster to the fleet.

Recently the head of the state, President Shri Ram Nath Kovind was upgraded to a new Mercedes Maybach S600 Pullman so it had to be PM next. The SPG or the Special Protection Group is responsible for protecting the head of state of the country and usually submits the demands and requests for the upgradation of the vehicles in their fleet and to meet the latest and safest security standards to protect the head of the country against anything possible.

And just like the man knows how to make a powerful statement through his speech and addressing to the citizens of the country, his fleet have also demonstrated the same throughout his years in the service. Just like when he was the Chief Minister of Gujarat his daily driver was a bulletproof Mahindra Scorpio, then a BMW 7 Series High Security Edition when he became the Prime Minister, and then eventually got upgraded to a Range Rover Vogue and The Toyota Land Cruiser both of the cars which have been spotted whenever his convoy goes anywhere.

The vehicle comes with the same engine as the other S650. It comes with a 6.0L twin-turbocharged V12 engine which produces a power of 516 hp and gives out 900 Nm of peak torque and can go from 0-100 kph in 5.3 seconds and the top speed is electronically limited upto 160 kmph and has a fuel economy of just 7 kmpl.

It comes with a bulletproof window and body shell which can withstand bullets from an AK-47 like weapon. This vehicle also has received an Explosive Resistant Vehicle (ERV) 2010 grade for its capacity to protect the PM against any detonation of 15kg TNTs from just over two metres away. It’s windows are coated with polycarbonate and the body shell is extensively strengthened to hold against any major explosion. It’s cabin has its own oxygen supply in case of any chemical attack to protect the head of the country.

The car also comes with special tyres which can make the car move if they get flat out, or if they get punchered. The car will be able to function. The interior of this Maybach S650 is like the standard model, with luxuries and everything at PM’s disposal with repositioned seats with messaging system, with heating and ventilation support as per the liking. And has got ample amount of legroom and headroom to not miss out on anything.

Well the car is all set for joining the new fleet of the Prime Minister’s convoy. Each one of the cars has an estimated cost of ₹12 Crore and have gone through a rigorous background checks before placing the order.

nykhilist - February 5, 2023 0
Americans love big cars, whether it be big pickup trucks or family cars. Despite the huge demands for big SUVs and Pickups, American people...