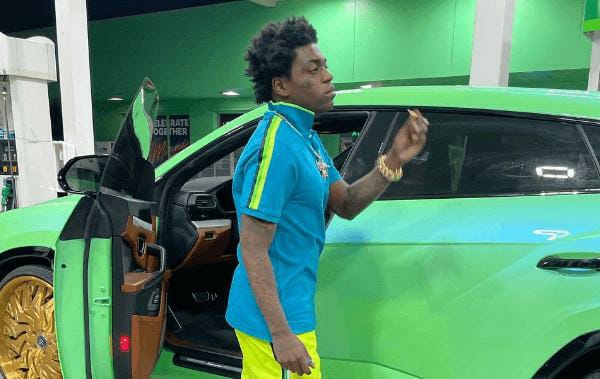 Kodak Black (born June 11, 1997) whose real name is Bill Kahan Kapri, is an American rapper whose career has been noticed by the intervals of mainstream success, as well as his public controversies and legal issues. He gained recognition with his single “No Flockin”, released in 2014 and he released his debut album in 2017, Painting Pictures which peaked at no. 3 on the US Billboard 200 and single “Tunnel Vision” which reached top 10 on the Billboard Hot 100 chart.

First up in the list and his collection is the Lamborghini Urus, powered by a 4.0L twin-turbocharged V8 engine which delivers a power output of 641 hp paired with 730 Nm of torque and can go from 0-60 mph in 3.2 seconds and has a top speed of 190 mph. And this Urus cost him over $200,000 with the customisation with the green colour with the custom wheels.

Okay, this is one of the best and coolest cars I’ve ever seen, next up in the list is the custom made Jeep Rubicon Gladiator, powered by a 3.6L turbocharged V6 engine which delivers 260 hp and 600 Nm of torque and has a top speed of 97 mph and costs over $60,000 with the customisation Black has done over it.

Last up is one of the best selling vintage cars of all time, the Oldsmobile Cutlass, powered by 4.1L inline 6 engine producing the power output of 155 hp and can go from 0-60 mph in 9.2 seconds and has a top speed of over 110 mph and Black bought this car for over $2,000 and customly modified it with red colour with orange interior and super inches golden wheels, and it is said that this costed him over $70,000.