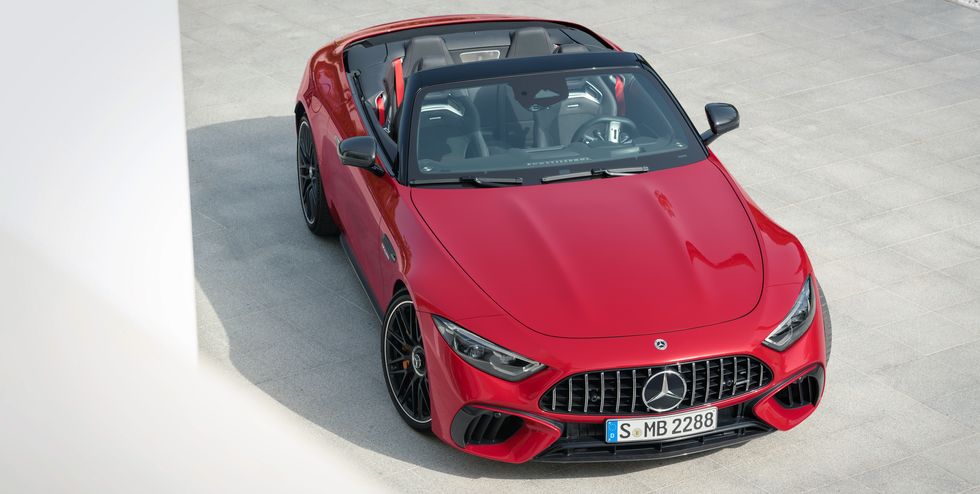 The Mercedes-AMG SL-Class will come in two variants, both offers luxurious and futuristic cabin. The entry level SL55 offers twin-turbo V8 engine making out 469 HP while the sportier top-end variant boasts 577 HP with the same engine. Both offers all-wheel drive as well as four-wheel steering as standard which improve its handling and performance.

The Diamler Group hasn’t announced any statement about this iconic Mercedes-AMG SL-Class. But it will be available in showrooms by the end of 2021.

The estimated starting price for Mercedes-AMG SL55 will be $100,000 while for SL63 it will be from $120,000. It offers 11.9-inch MBUX infotainment system with virtual assistance, Android Auto, Apple CarPlay, Navigation are standard. It also offers 12.3-inch digital instrument cluster, Burmester stereo system. The SL63 will come with upgraded surround-sound system as a optional. The safety features include automated emergency braking with pedestrian detection as a standard, lane departure warning with lane-keep assist and adaptive cruise control with semi-autonomous driving mode.

The Mercedes-AMG SL series is powered by 4.0-litre V8 engine generating 469 HP for SL55 while the top-end SL63 roaring 577 HP with the same engine. It sending all the power to all wheels via 9-speed automatic transmission. This engine is taken from the GT sports cars. They are available with four-wheel steering as a standard. It compete against the convertible versions of BMW 8-series and Lexus LC and king of speed Porsche 911.

Mercedes hasn’t announced the EPA rating of both cars but we expect that it would be around V8 powered rivals such as BMW 8-series and Lexus LC having 25 mpg on highway.