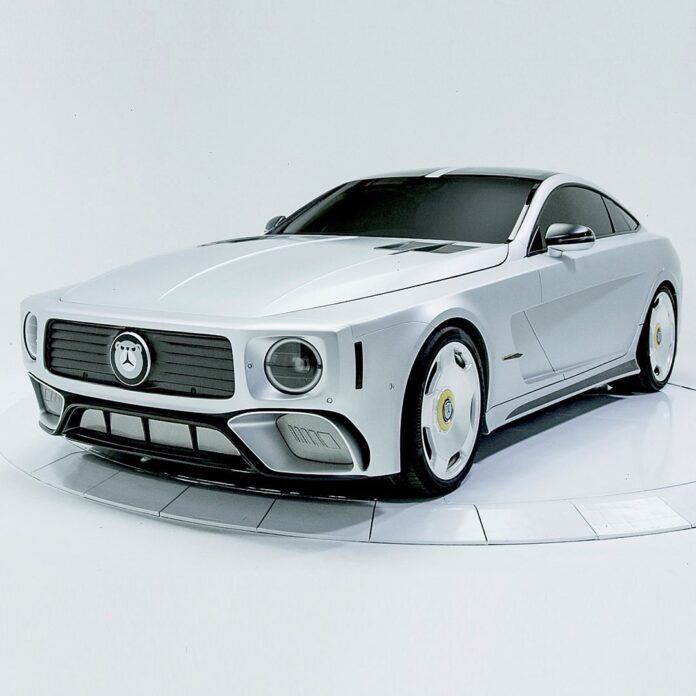 Mercedes-AMG has unveiled a new car in collaboration with the American Rapper WILL.I.AM called the WILL.I.AMG.

A few days ago, we wrote that Mercedes-AMG is collaborating with the American rapper WILL.I.AM with a new car called WILL.I.AMG. The teaser images showed a GT Coupe car with the front looks of a G63 and an amazing suicide door. And now, it got real. Mercedes unveiled the Mercedes-AMG GT 63 Coupe with G-Class looks. Basically, it is the AMG GT 63 four-door coupe, which has lost two of them.

Called WILL.I.AMG, comes with a redesigned front with a cooler bear badged Mercedes logo, which looks similar to the G63 SUV and is packed with retro-styled wheels. Also, who can forget the infamous suicide doors similar to Rolls-Royce cars. The top of the car resembles the nostalgic Mercedes-AMG SLS supercar. As WILL.I.AM has recreated this retro car from zero, it looks cool as long as you try to pay attention to its design. The bear logo in the Mercedes logo is for the promotion of limited-run apparel and accessories called “Bear Witness.”

Built by the West Coast Customs, the WILL.I.AMG becomes the sixth project the famous rapper has worked on. Apart from the super awesome looks. The car is pretty much the same on the performance front. It still comes with a 4.0-liter twin-turbocharged V8 engine that makes 577 horsepower and 590 pound-feet of torque.

The WILL.I.AMG will be featured in the “Drive” documentary which will premiere at the Cannes Film festival. So we’re hoping that we will be seeing more weird cars like these. The WILL.I.AMG will make its official debut at the Formula 1 Miami Grand Prix, happening this weekend. The whole reason behind making this car was to provide needed funds that will help the youth to steer in a bright direction.