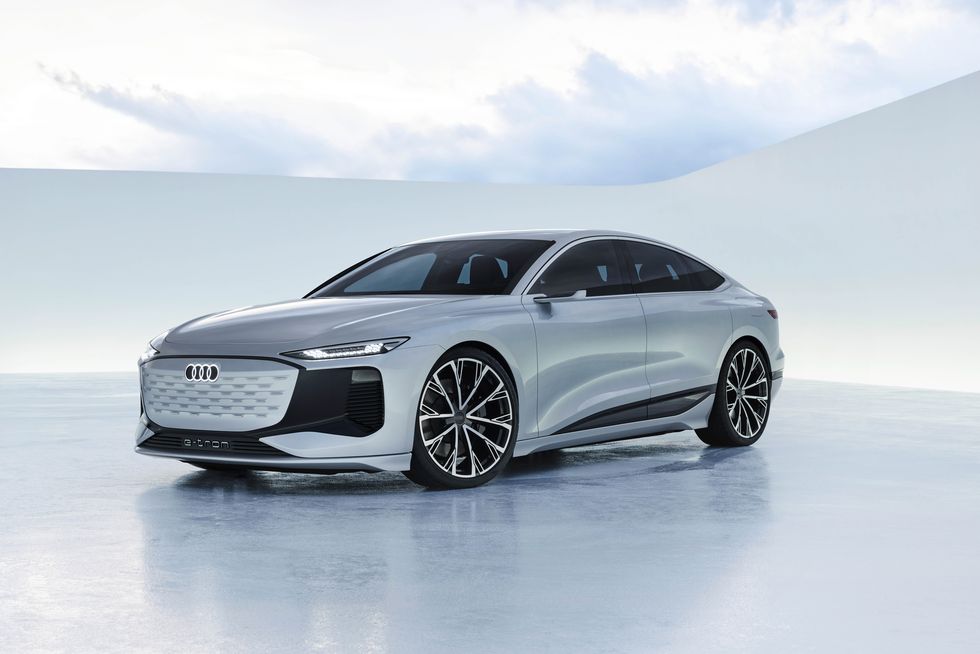 Like every car manufacturer in the industry is introducing electric offerings of their cars in their line up, German automaker Audi has been successfully doing the same. After the stunning and powerful yet comfortable driving capabilities of Audi E-Tron and Audi RS6 E-Tron, Audi’s set foot to release the new Audi A6 E-Tron, Audi’s infamous sedan but with a new modern look and the brand’s cutting edge technology.

It is said to be powered by dual electric motors, each powering both the axles which also enable all wheel drive functionality on the car. The new Audi A6 E-Tron would have a 400 miles range in single charge which the brand claims, including the rapid fast DC charging technology by which the cars battery can go from 5%-80% capacity in just 25 minutes which will be standard and just how smart the tech of this car is, the same goes with the engineering of it.

The new A6 hides a hatchback in its sloped rear roofline enabling the buyers to have a large cargo space in the back. Although Audi hasn’t shown us any glimpse of what’s inside of the new A6 E-Tron yet, just how the 2021 cars have turned out, we expect a great interior overhaul in this one with a plethora of material choices and features that comes with it.

The new Audi A6 E-Tron would be an all new model which would join other Audi’s lineup of its E-Tron cars. Including the upcoming cars such as the Audi Q4 E-Tron SUV and an all new Audi E-Tron GT Sports.

Well Audi has shown just a concept of it and hasn’t yet revealed any official charts for this new A6 so we have to wait when the car’s been launched.

Audi hasn’t released any information regarding the pricing of this new A6 E-Tron but we expect (Estimates Starting at $80,000 USD) the pricing would be as competitive as it’s rival, the Tesla Model S. So we have to wait until the official specs of the car are released and we’ll let you know the price of the car, trims, features, design and interior and what will be the model options for this car. So stay tuned