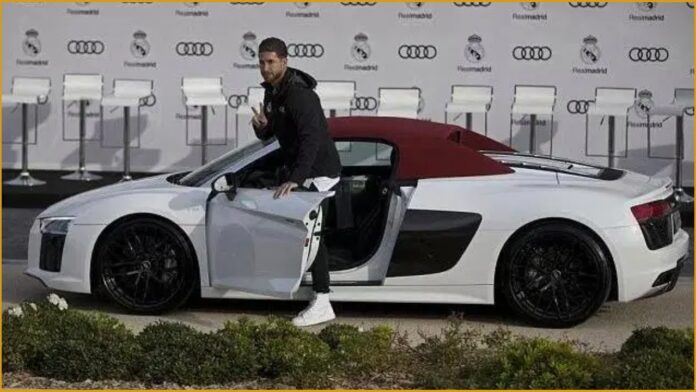 Sergio Ramos Car Collection have some of the greatest cars of all time. Sergio Ramos Garcia is a Spanish footballer born on 30th March 1986 in Camas, Spain. He plays as a Defender for Spain National team and Paris Saint-Germain club. Although he played around 16 seasons for Real Madrid as a Centre-back. In 2008, he won UEFA European Championship in Austria-Switzerland and in 2010 FIFA World Cup in Africa.

His estimated net worth is around $63 million USD and he owns some exotic supercars such as Porsche 911 Turbo S, Mercedes-AMG G63, Audi RS6 Quattro and many more.

Sergio often used this G-Wagon for weekend getaway. This classic SUV offers 4.0-L Bi-Turbo V8 engine which burns out whopping 577 HP and 760 NM of peak torque. It is mated to an automatic transmission and will reach top speed of 149 MPH. It kicks down 0-60 MPH in just 4.5 seconds.

This German supercar is equipped with 5.2-L V10 FSI engine which produces 552 HP and 530 NM of peak torque which is further mated to a 7-spped Tronic DCT. It will reach top speed of 203.8 MPH and he owns it in pearl white color.