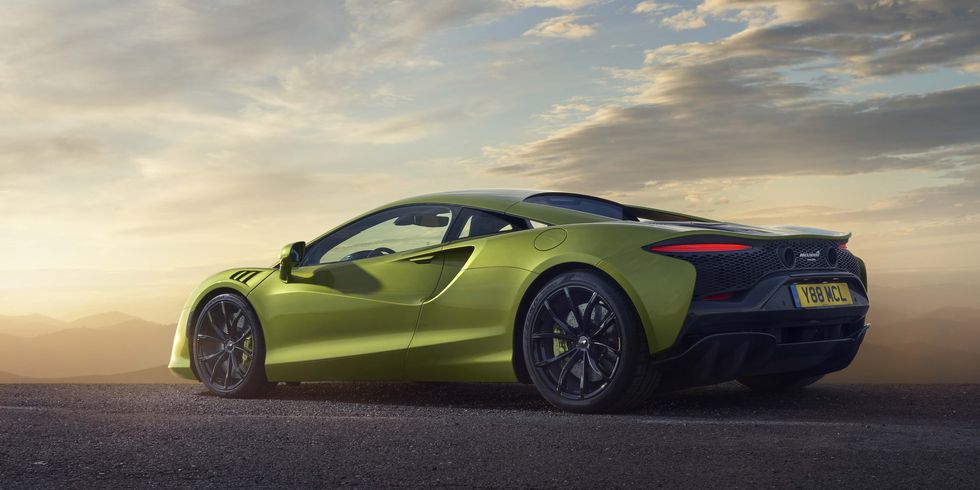 With a shift to an electrified future led the infamous British supercar maker to unveil it’s latest McLaren Artura. A high performance plug-in hybrid supercar meshed with a powerful 671 horsepower twin-turbo V6 combined with a hybrid drivetrain and a lightweight body to harness all that power and generate enough downforce underneath it, that it can you lose your senses with it’s rapid acceleration speeds from 0-60 mph in just 3.0 seconds and achieving a top speed of 205 mph. And along with great performance it also hoists a good feature rich cockpit with more room than its cousin, the 720S and offers more agility.

The McLaren Atura will be an all new model from the British manufacturer which will offer a hybrid V6 powered drivetrain with a new MCLA platform for McLaren.

The all new Artura will boast a twin-turbocharged V6 engine along with a hybrid solution which will combined make a hefty 671 hp and 531 lb ft of torque, paired with an eight speed dual clutch automatic transmission which helps this beast to blast off from 0-60 mph in just 3.0 seconds and can achieve a top speed of 205 mph. It is a McLaren so of course it will be ridiculously fast, thanks to its all new carbon lightweight architecture which is even lighter that you have to hold yourself onto your seat to handle the crazy acceleration and fast speeds and a great driving thrill for which the brand is famous for.

Well the brand hasn’t shown down any official details about its fuel efficiency figures, but we know that this plug-in hybrid powertrain would be fuel efficient. So, we estimate that it will deliver a mileage of a combined 17 mpg, with it’s hybrid V6 combination.

The 2022 McLaren Artura is up for orders and is priced at a hefty $225,000. And is justified if you want to have a taste of a British Supercar with a hybrid drivetrain, with the same driving fun which you expect from a McLaren along with some addition to its performance.