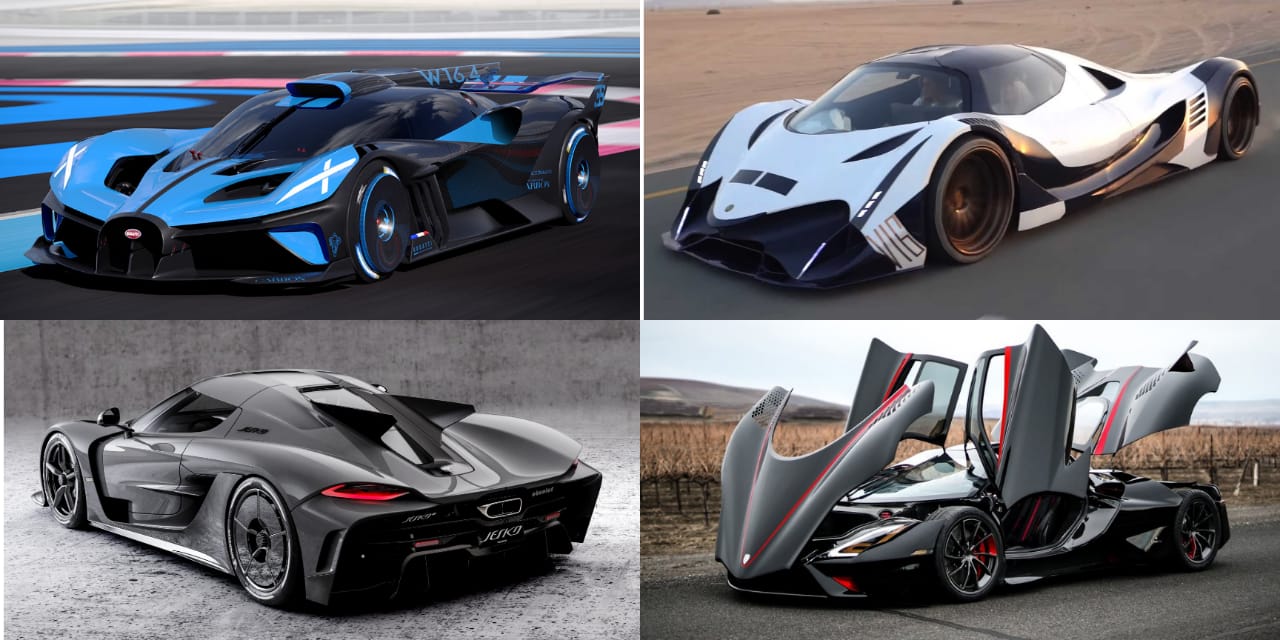 Welcome to 21motoring, well it’s been a really great day for me, and I hope you add doing well too. And here we are we a brand new list of top 10 fastest cars in the world.

It’s not a doubt that there is anyone who doesn’t likes fast cars, they’re mean, they’re outrageous and they’re absolutely tremendously fast. And if that’s what you wanna know then you came in the right place. Because many cars have changed the list and came on top or got behind by one.

In today’s list were gonna be knowing about the top 10 fastest and craziest cars in the world, the fastest production road legal cars in the world. And just remember that every freaking car is a powerful beast with crazy specs with outrageous horsepower and seriously costs a fortune to buy which is the least thing you should be worrying about because they’re so rare that they’re already sold out without even going public.

So without further ado let’s begin.

This car needs no introduction, I believe people who aren’t enthusiasts or gearheads and still knows about this car. Last in the list on no. 10 position is the baddest monster of all. The 2010 Bugatti Veyron 16.4 Super Sport, which holded the record for being the fastest production car ever made for a very long time. It’s got a 8.0L Quad-turbocharged W16 engine inside which makes more than a whopping 1200 hp of power and 1106 lb ft of torque (1500 Nm) and can blast off from 0-60 mph in just 2.5 seconds and has a recorded top speed of 267.856 mph (431.072 kph).

Moving up the ladder, goes the Hennessy Venom GT, from the American auto tuning company which has a thing for making fast cars and their Venom GT is amongst them. Based on the Lotus Elise/Exige, this Venom GT comes with a bunk load of performance tuning and aerodynamic body design, and is powered by a 7.0 Litre twin-turbocharged V8 engine which makes a 1,244 hp and 1,155 lb ft of torque (1566 Nm) and can rip of to 60 mph from 0 in just 2.4 seconds and can achieve a top speed of a crazy 270.49 mph (435.31 kph).

Going up top is the car from the American automaker Czinger, which have been developing their all new crazy hybrid supercar, the 12C since the last year and which will likely to hit production starting 2023. It is powered by a 2.8 Litre twin-turbocharged V8 engine combined with three electric motors which makes a total 1250 horsepower and is expected to achieve a 0-60 mph in just 1.9 seconds and a top speed of a whopping 281 mph (432 kph). Well that crazy estimates are to yet to be seen when this car comes out. We’ll update the list.

Next up is the meanest beast that comes from one of the most loved and respected brands in the industry. It is none other than the Bugatti Chiron Super Sports 300+ which is one of the current fastest production car in the world. It is powered by a 8.0 Litre Quad-turbocharged W16 engine which makes a hefty 1,577 hp and 1180 lb ft (1600 Nm) of torque and can rip a 60 mph time from standstill in just 2.4 seconds and has recorded a top speed of a staggering 304.77 mph (490.48 kph).

No matter how one might think, but Bugatti makes one of the best cars in the world, their cars are just engineering marvels. And the upcoming Bugatti Bolide will be no exception. Based on the same Chiron W16 platform, and make a staggering 1,578 hp and 1,364 lb⋅ft (1850 Nm) of torque and can blast off from 0-60 mph in an estimated 2.1 seconds or even less and will have a claimed top speed of more than 310 mph (484+ kph).

For tuning many cars from the past decades, the American high performance tuning company has announced it’s all new Venom F5 supercar. This beast is powered by a 6.6 Litre twin-turbocharged V8 engine which makes a staggering 1,817 hp and 1,193 lb ft (1,617 Nm) of torque and can rip off from 0-60 mph in a outstanding 2.5 seconds and can achieve a top speed of more than 310.7 (500+ kph).

And as far as we’re moving above the list the cars are getting faster and faster. And this Swedish car is just proving that. It is the Koenigsegg Jesko Absolut, the fastest Koenigsegg ever built. Powered by a 5.1 Litre twin-turbocharged V8 engine it is built to have the world’s lightest crankshaft and the Lowe’s drag coefficient of 0.28 CD which all together produces an enormous 1,603 hp of power output and can go like a missile from 0-60 mph in just 2.5 seconds and has a claimed top speed of more than 330 mph (531 kph). And this car is in existence so it may be the world’s fastest production car beating the current champion, the Bugatti Chiron Super Sports 300+

Next up in the list on the seconds position is the SSC Tuatara, car car by the American automaker. It is powered by a 5.9 Litre twin-turbocharged V8 engine which produces a whopping 1750 hp and 1341 lb ft of torque and can blast off from 0-60 mph in an estimated 2 seconds and has can achieve a top speed of a crazy 331 mph (530kph). And at this point I just couldn’t go more exaggerating with my words because this doesn’t makes sense. And even more not when you’ll know the top spec number one positioned car in our list.

For this you have to take a deep breath and be cool because the top of the list is a car whose specs seriously doesn’t makes sense to our minds. Okay so (with a drum roll) the number one spot of the fastest car in the entire planet is the Devel Sixteen, a humongous monster of a hyper car developed by the UAE automaker Devel Motors, where it does starts with a base line V8 engine, the company also has a top of the line track only version of the Sixteen which is powered by a  12.3 Litre V16 engine which is estimated to produce a mind blowing 5,007 hp and 3757 lb ft (5,094 Nm) of torque and has a claimed theoretical top speed of a whopping 347 mph (or 550+kph)*.

As the car is still in the prototype stage, we wait for it’s real life testing and real production unit which should be expected to come out in few years. But as of now the Devel Sixteen is said to be the fastest car in the world when it will come out.