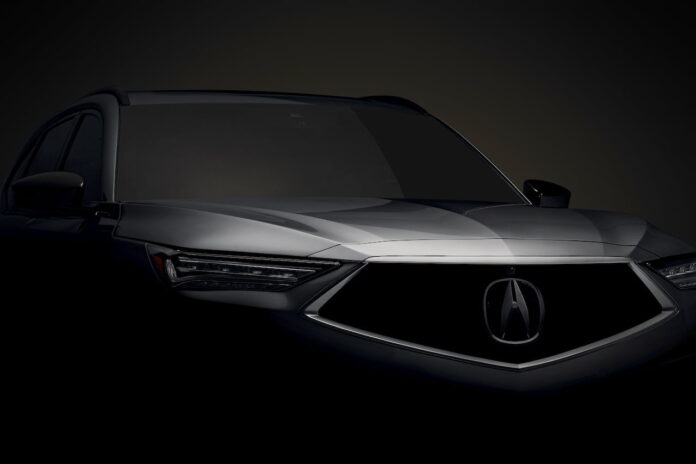 It doesn’t seem unreal when you take a look at the current auto market that sees electric or hybrid cars all around. Just like all major automakers, Acura is all set to reveal its first entry into the EV world with its 2024 Acura ADX. The all-new Acura ADX will feature a high-riding body designed by the brand’s best-in-class designers. The upcoming ADX SUV will offer a prestigious design that looks modern and futuristic inspired by the Acura’s Precision EV concept. Being Honda’s luxury brand, the new ADX will share the mechanical components from the battery to the platform where it will be made. An SUV that features a futuristic design will come packed with a luxurious interior fitted with the modern-day tech and rich materials. Considering the price, we expect Acura will enter the electric SUV segment at an affordable price.

The all-new Acura ADX will be the company’s first electric car for the 2024 model year. After Honda announced its objectives to enter into all-electric cars, we expect the production of the ADX will start following Honda’s electric lineup. The ADX will be based on a completely new platform developed by General Motors and will enter the segment of compact SUVs.

The official specs about the upcoming Acura ADX are still far ahead before the official launch of the car. We expect Acura’s first all-electric SUV will offer a single and a dual motor design that will produce over 300 hp of power. The ADX will be a quick car with a rapid acceleration from 0-60 mph in under 4 seconds and could achieve a top speed of over 155 mph. As we are familiar with the current SUV’s performance from Acura, the ADX with its powerful electric motors will deliver an agile and superior performance. The drive will be comforting with accurate steering feedback and playful handling. The real-world performance of the ADX is yet to know after the launch of the car. We will update you about the driving experience and the performance after the car is launched.

Although the company hasn’t made any claims or revealed any official specs about its upcoming electric SUV. We can just estimate judging by the current industry standards and technology compared to the price the ADX will compete in. The upcoming 2024 Acura ADX will offer single and two electric motors and a powerful 80 kWh battery powering that. The car will offer over 300 miles of electric range and will offer fast charging support. We will wait for the official specs of the car when Acura will official reveal the car.

We suspect the upcoming Acura’s electric SUV will come in four trims with different configurations from power, battery, and range. We expect the Base trim to be priced at around $55,000 while the Technology trim to cost over $58,000. The mid-tier A-Spec trim will cost around $60,000 while the top-spec Advanced trim to cost over $65,000. We will update as the company release more information about the car’s price and other specs.