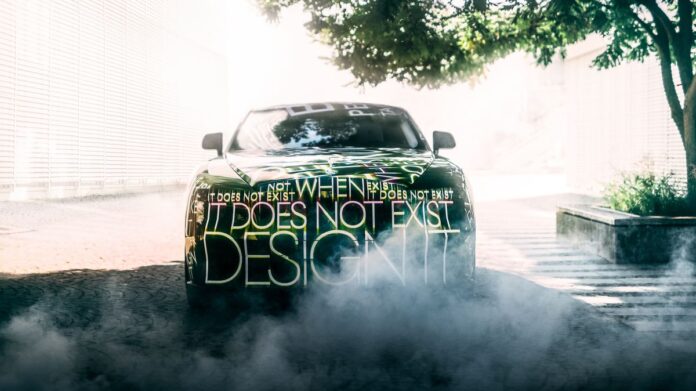 Rolls-Royce, the company that has been known for making some of the most prestigious and some of the most expensive cars in the world with a take on tranquillity like no other, is on the verge of making it’s entire lineup fully electric in the coming years. Well it isn’t the first time for the company, because long years back it coverter the Phantom VIII with adding some electric motors but that was just it. Starting with the two door coupe, the Spectre, which will hit production likely at the end of 2023, the company has plans to go fully electric in just a decade.

The new Spectre will come onboard with the same levels of luxury and comfort like the rest of the Rolls today, and will carry the same roots of prestige and fine attention to detail and the same curvy architecture like it’s cousins. And will be even more pleasing and serene with it’s all electric drivetrain which will make the experience even more buttery and smooth since the it’s prototype version will cover more than 1.5 millions miles before the launch. Which is the level at which Rolls Royce plays to keep the words entirely true for it’s loyal customer base.

The new Spectre EV will be an all new two door coupe which will add to the company’s portfolio. And the two door coupe is just the start, with making it’s entire line up fully electric by 2030.

While the much awaited specs are still not disclosed officially by the company, we speculate that the new Spectre will be powered by either a dual or a tri motor setup which will make more than 500 hp and around 590-664 lb ft of torque. And since it will be similar to the already popular Ghost, it will likely hit a 0-60 mph mark in under 4.0 seconds thanks to its insane torque and can easily achieve a top speed of 155 mph. Like how the company is popular for, the new Spectre will provide the utmost levels of tranquillity, and comfort as possible but a supreme ride quality with every bits of luxuries and convenience as per the customer’s demands and will offer the same, even more level of prestige and richness like it’s other cousins.

Since the Phantom VIII 102EX has a 71.0 kWh battery when it was shown in 2011. The new Rolls Royce will have a much bigger battery to compete with the EV standards when it hits the markets in a couple of years. We think that a 111 kWh battery pack will be the decent choice for the upcoming Spectre which will help it to deliver an estimated driving range of 400 miles.

And with the battery that size, the new Rolls Royce will also support DC fast charging capabilities upto 240 KW. But nevertheless we’ll update once the official list of specifications is rolled out by the company.

The pricing of the new Rolls Royce isn’t a tricky part. The company has built its reputation for delivering the prestigious cars at a skyrocketing price. So it wouldn’t be a bad thing to say that the new Spectre will carry a sub $400,000 price tag.