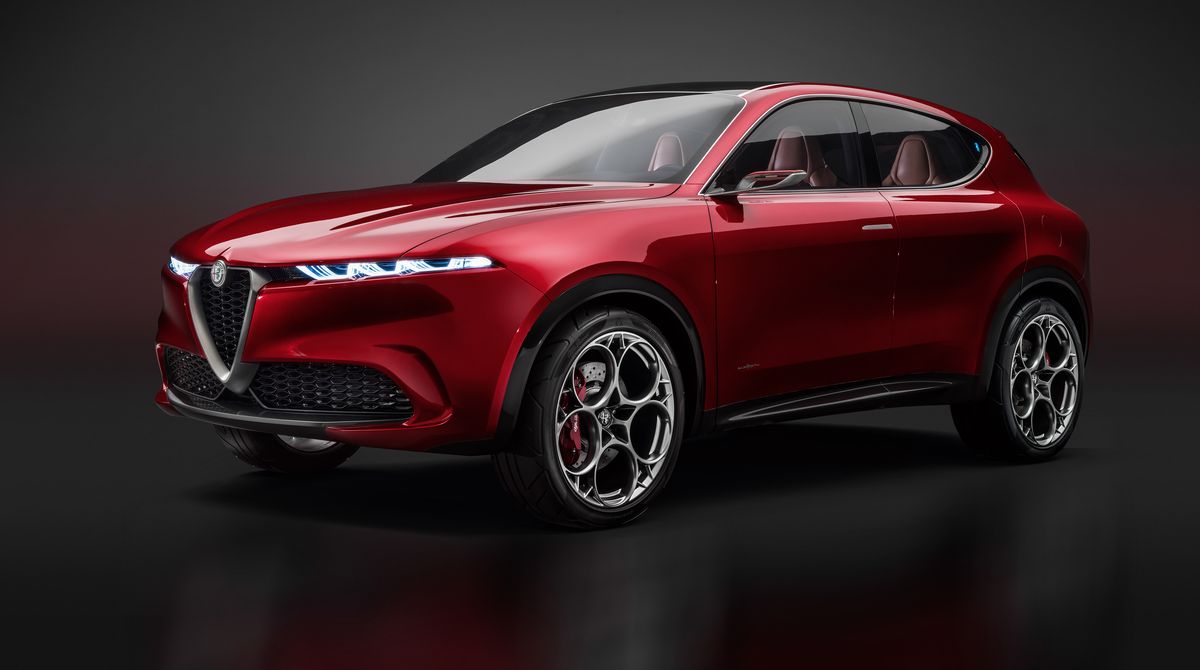 The all new 2022 Alfa Romeo Tonale is all set to dazzle the eyes of the people with it’s Italian bloodline to the subcompact luxury crossover segment. With the much loved high seating, great performance with a turbocharged engine and an all wheel drive system which the buyers crave. The brand will also offer a Quadrifoglio and a plug-in hybrid model of the Tonale which would offer much more than the base model.

The 2022 Tonale would be an all new car. It debuted as a concept at the 2019 Geneva auto Show. And much recently we’ve just been making eyes on the leaked photos. We’re still awaiting the full details.

While we still wait for the full details of the car, we expect a turbocharged four cylinder engine from the car with a front wheel drive system, which is not the thing of which the brand is popular for. Of Course the company will offer an all wheel drive variant too. Also we expect to see a plug-in hybrid model paired with a turbocharged engine to give more thrill with quick acceleration timings and performance.

We’re still waiting for the full details about the car and it’s under the hood specs; we’re not sure about its fuel economy and mileage figures as of now. We’re certain that the car will give an estimated average mileage of 24 mpg combined. And with even more mileage with the plug-in hybrid variant.

The company hasn’t announced anything regarding the price and when the vehicle will be launched. So we’re at a shadow at current but will update you as soon as we get the official specs about the car. Expected price of Alfa Romeo Tonale 2022 is $35,000 USD.