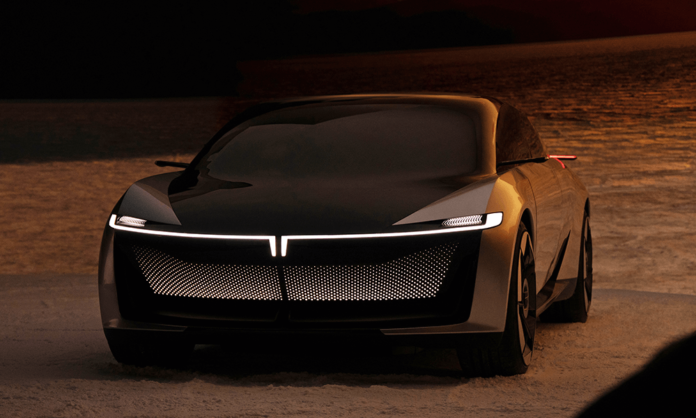 The Indian automaker Tata Motors unveiled its second concept car,  the Tata Avinya. It is an elegant concept that explains the company’s electrified vision. The name comes from the Sanskrit word for “innovation,”. which seems appropriate considering the brand’s plans coming later this decade.

The Avinya is a beautiful concept, denoting its dedicated electric car platform. Rather than relying on a platform intended for combustion engines like the Tata Curvv concept. Information about the car is still very less, but the company does say the unspecified battery pack has enough capacity to provide a driving range of 310 miles (500 kilometers) in just 30 minutes of charge.

The Avniya is shaped like a minivan and not like a crossover. It has got cool suicide doors by almost eliminating the B-pillars. As expected from an electric concept, it has got large wheels which remind us of the Volkswagon ID.3. Following the  EV trend, Avinya’s front and rear floating headlights just look absolutely stunning, illustrating the Tata logo.

The concept has also ditched the side-view mirrors by installing cameras, similar to the Audi,s concept cars as they are becoming more and more common in the countries. Its flat sloping roofline makes the interiors even more spacious, thanks to the extended wheelbase of the car. The interior features a more spacious cabin with more legroom and headroom with more seating space for passengers with the swivelling seats.

Also read:- New Bentley Supercar To Be Unveiled On May 10

In an automotive world of screen-heavy cars, the Tata AVINYA stands out by not having any center display. Instead, the huge cabin has a screen affixed to the steering wheel, and it frankly looks like a futuristic handheld gaming console. Although it is a concept as of now, the Avinya will go into production by 2025. It will be made on the new GEN 3 architecture.

nykhilist - February 5, 2023 0
Sedans are he right kind of car if you want a cost-effective ride around town that offer a great fuel economy and costs less...