HomeCAR NEWSNew Bentley Supercar Will Be Unveiled On May 10

New Bentley Supercar Will Be Unveiled On May 10 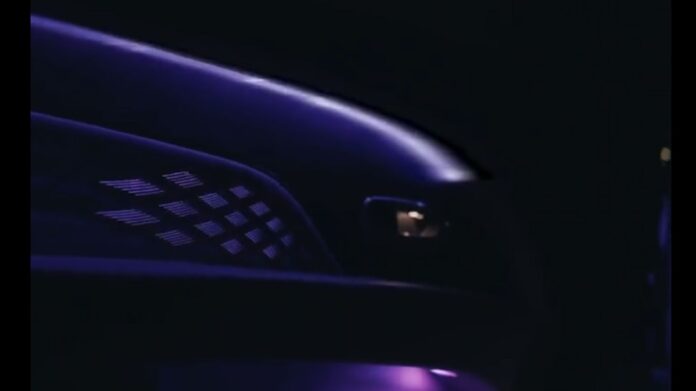 Bentley teased its new supercar, which will be unveiled on May 10.

Bentley had one of the best sales last year. With over 14,659 vehicles shipped to customers in 2021. Bentley saw a massive 31-percent increase in its sales for 2020. And the luxury automaker wants to keep that swiftness going. The British Automaker teased a new addition to its lineup. The first teaser for the upcoming supercar is now out.

The only image shows a door panel with an integrated door speaker consisting of 15 rhomboid decorative elements. An LED ambient light illuminates the speaker. There’s another LED element that lightens the area below the armrest. The image and the short description provided by the automaker are all that we could expect from the upcoming new model.

Bentley says it will unveil the fifth model in its portfolio on May 10. It may or may not mean that this is an all-new product from the brand. We are inclining towards the second option since we haven’t seen spy photos of any upcoming new product from the brand. Bentley says this new model will offer “an extra dimension of onboard wellness” which strongly points to a luxury vehicle rather than a performance-oriented one. The new vehicle will sit “in magnific comfort at the pinnacle” of Bentley’s range and what the brand is known for. The test car from the spy shots from several months ago seems to match that description. It showed a longer wheelbase for the Bentayga. Also, the door panels of the Bentayga almost perfectly match the teaser image with its rhomboid pattern.

Of course, this is just an assumption and we can give no certainty. But, this new model is indeed based on the Bentayga. The unveiling is to take place in less than two weeks’ time.