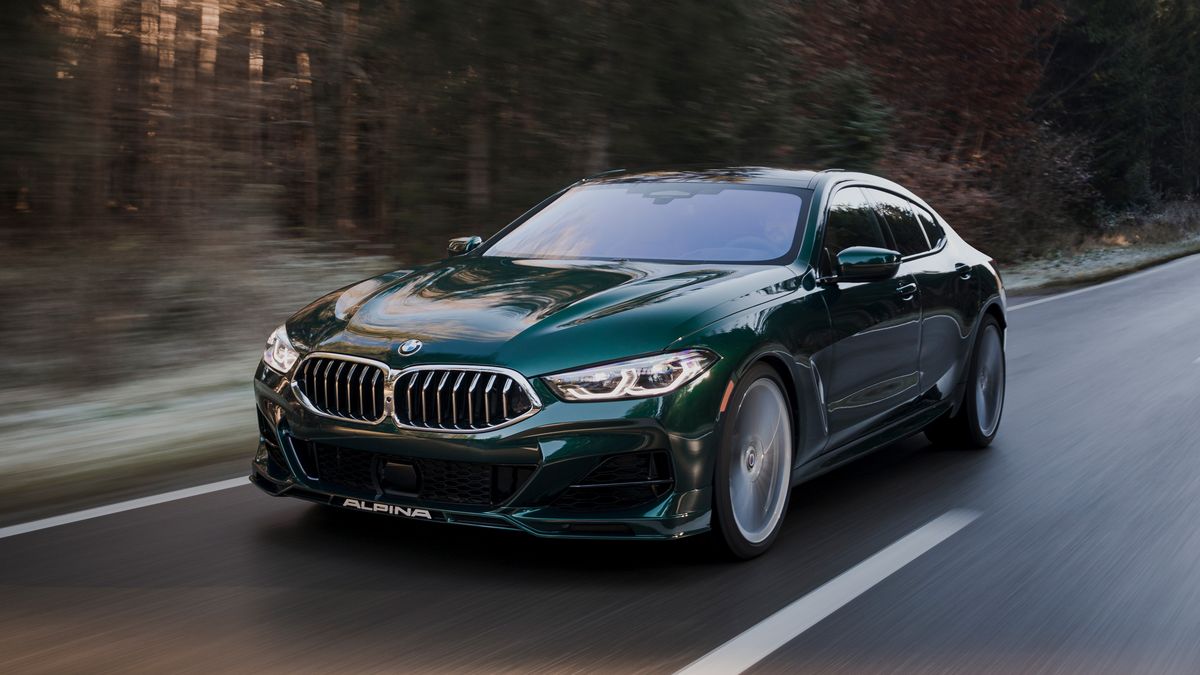 When is much, not much enough for you? Or when a coupe is not an enough coupe, then comes BMW‘s new 8 Series Gran Coupe is here to steal your attention with it’s Gran Coupe design, much more sport looks with more roomier and luxurious cabin, which adds more practicality and makes much more sense from the two door BMW 8 Series. It packs the same powertrains, a 355 hp turbocharged inline six and a 523 hp twin-turbo V8 which gives this Gran Coupe enough power to pull it through your weekend getaways and that adds the extra bucks to the cost of the 8 Series.

With the new 8 Series Gran Coupe, BMW has also launched a new range-topping model named as Alpina B8 which packs in insane 617 hp twin-turbo V8 engine and features some new design elements such as a new 20 spoke 21 inch wheels, front lower spoiler which has the Alpina logo, an upgraded rear bumper and a rear lip spoiler on the trunk lid with some additional upgrades to the cabin in terms of new styling elements and materials.

Coming with two powertrain options like the rest of the 8 Series lineup, both engine are paired with an eight speed automatic transmission, it packs a 3.0 Litre turbocharged inline six engine which makes 355 hp and 331 lb ft of torque, and the top spec model packs a 4.4 Litre twin-turbocharged V8 engine which makes 523 hp with 563 lb ft of torque with a rear and all wheel drive options.

The blasts from 0-60 mph in 3.3 seconds and can reach a top speed of 155 mph. You step foot on the gas pedal and you’ll endure what this Gran Coupe is capable of, with its splendid performance and silky smooth riding with great steering feedback and absolutely great body control with smooth and precise gear shifts and handling. And the ones who seek more playfulness and thrust, the V8 won’t disappoint you in any sense with it’s growling engine sounds and supreme level of refinement with specially tuned suspension making your driving more prizing.

With a price tag of much closer to $86,000 the new BMW 8 Series Gran Coupe stands up to the expectations and manages to deliver every bit of need that one could have from it. While the turbo six gives a much smoother experience with a great fuel economy, the V8 offers something just from another world, adding more playfulness and comfort to your ride making this 8 Series Gran Coupe a much more sensible choice for the buyers.