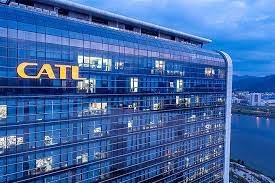 CATL is in advanced talks to build its EV battery plant in the United States.

Reports emerged that China’s Contemporary Amperex Technology Co (CATL), the world’s largest EV battery maker, is in talks to build its first electric vehicle battery plant in the United States. The company is in the final stages of evaluating the production site in the country. Sources said the company could open the plant in South Carolina and Kentucky. The plant will be set up where manufacturers like BMW and Ford Motor Company have their assembly plants.

Also read:- 2025 BMW 3 Series EV Will Be Based On Neue Klasse Platform

The company’s goal is to start battery production in 2026, and BMW is in talks for a partnership with CAT as their customer. The plan of the company is to expand its overseas business and set up huge battery manufacturing plants and localize the sources in their own countries.

The White House will provide a funding of $3 billion to EV battery infrastructure and manufacturing. As the country has plans to electrify all of its cars by 2030.