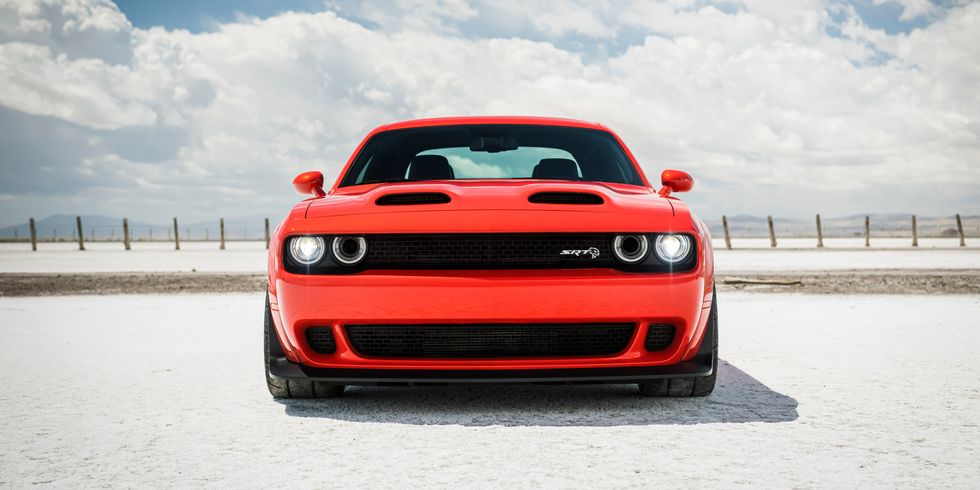 The 2022 Dodge Challenger SRT Hellcat is one of the very few cars, which could make you live the nostalgia of the late 60s and early 70s with it’s retro looks which feels and acts just like it’s from that era but with the touch of polishing catered to the modern day audience.

The roaring and crispy V8 and it’s not so average mileage delivering an outrageous performance boost with a ferocious acceleration with a good and roomier cabin space with a sweet set of technology and leisure inside, not the best but one which wouldn’t disappoint you either. The new Dodge Challenger SRT is a go green if you want to win the drag circuit races and live in nostalgia at the same time. Probably not for the hardcore racing strip, the rivals such as the Shelby GT500 and the Chevy Camaro ZL1 will fuel you the best for that.

For the 2022, Dodge adds a standard deluxe security alarm to this year’s lineup. Other than that the new offerings don’t come with much significant changes at all.

The new Dodge Challenger SRT comes with a 6.2 Litre supercharged hemi V8 engine which makes “just” 717 horsepower, yeah just that and it’s the standard base variant. You top some money more for the Red Eye variant, the power jumps up to 795 horses and up until an enormous 807 hp and 707 lb ft of torque with the Super Stock variant which offers a dedicated equipment for drag strips racing. Paired with an eight speed automatic transmission this ginormous piece of machine can blast off from 0-60 mph in a ferocious 3.5 seconds and this beast can achieve a top speed of 203 mph (isn’t it quite much for a long body two door car?).

You’ll feel it’s rage when you turn on the car and if you do take it for a spin, you’ll feel the outrageous burst of power, much more than one could handle it with a powerful throttle response and it’s thundering exhaust sounds, the Hellcat’s supercharged V8 will be eager every time you step your foot down to show it’s capabilities and mighty performance making this beast an ultimate machine which can fire off anytime you want to see it’s show with excitement and confident steering feedback which doesn’t hustles to stretch it to feel insufficient at it’s early pickups. It’s smooth and won’t let you down.

And right about time, the new Dodge Challenger SRT Hellcat doesn’t eat up your fuel tank quite as much compared to the outrageous power capabilities it carries with it. It successfully manages to deliver a mileage of 13 mpg in the city and 21 mpg on the highway which is on par compared to the rivals such as the Shelby GT500 and Camaro ZL1 which delivers 14/21 mpg and 12/18 mpg in city and highway.

The absolute burst of show of the new Dodge Challenger SRT Hellcat starts at a price of around $67,000 (with standard six airbags) with the base variant and could upto a whopping $91,500 if you opt for the top of the line Red Eye Super Stock variant which exceeds it more than 800 horses making it one of the best cars in the segment with an outrageous performance, which comes at a good price.