HomeCAR NEWSHyundai Is Allegedly Ending Its Partnership With Rimac

Hyundai Is Allegedly Ending Its Partnership With Rimac 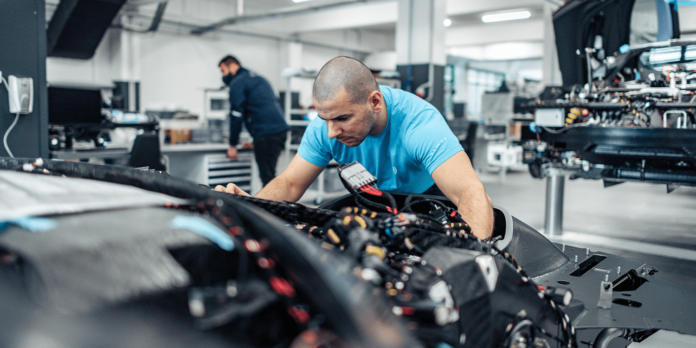 Reports have emerged that Hyundai is allegedly ending its partnership with Rimac.

In 2019, South Korean automaker Hyundai-Kia made an investment of $90 million in Rimac Group. Hyundai and Rimac partnered to develop and make vehicles. Last year, Porsche made an incremental stake in Rimac, setting the future of the partnership with Hyundai in doubt. Hyundai is allegedly ending its partnership with the Croatian EV maker.

When Hyundai partnered with Rimac, the deal was to make more than two vehicles. It was expected to be an all-electric variant of the Hyundai N lineup and a performance fuel cell vehicle.

According to the reports, the two have ended the development of the fuel cell vehicle. But, there might be a chance that the EV isn’t dead. The sports EV will be launched in early 2023. And Hyundai will complete its development in-house. Hyundai took a 12% stake in the company by investing in Rimac, which the company would sell when the partnership will get over.

Also read:- Porsche And Audi Are Entering In Formula One In 2026

Automotive News Europe publication reached out to a spokesperson from Rimac about this situation. They said that it has two ongoing projects with Hyundai. The first project has been completed and they are discussing the future products with Hyundai.

Porsche invested over $83 million in Rimac to take over 24 percent of the company after three years of the first investment. A few months later, Bugatti partnered with Rimac, of which Porsche owns 45 percent.