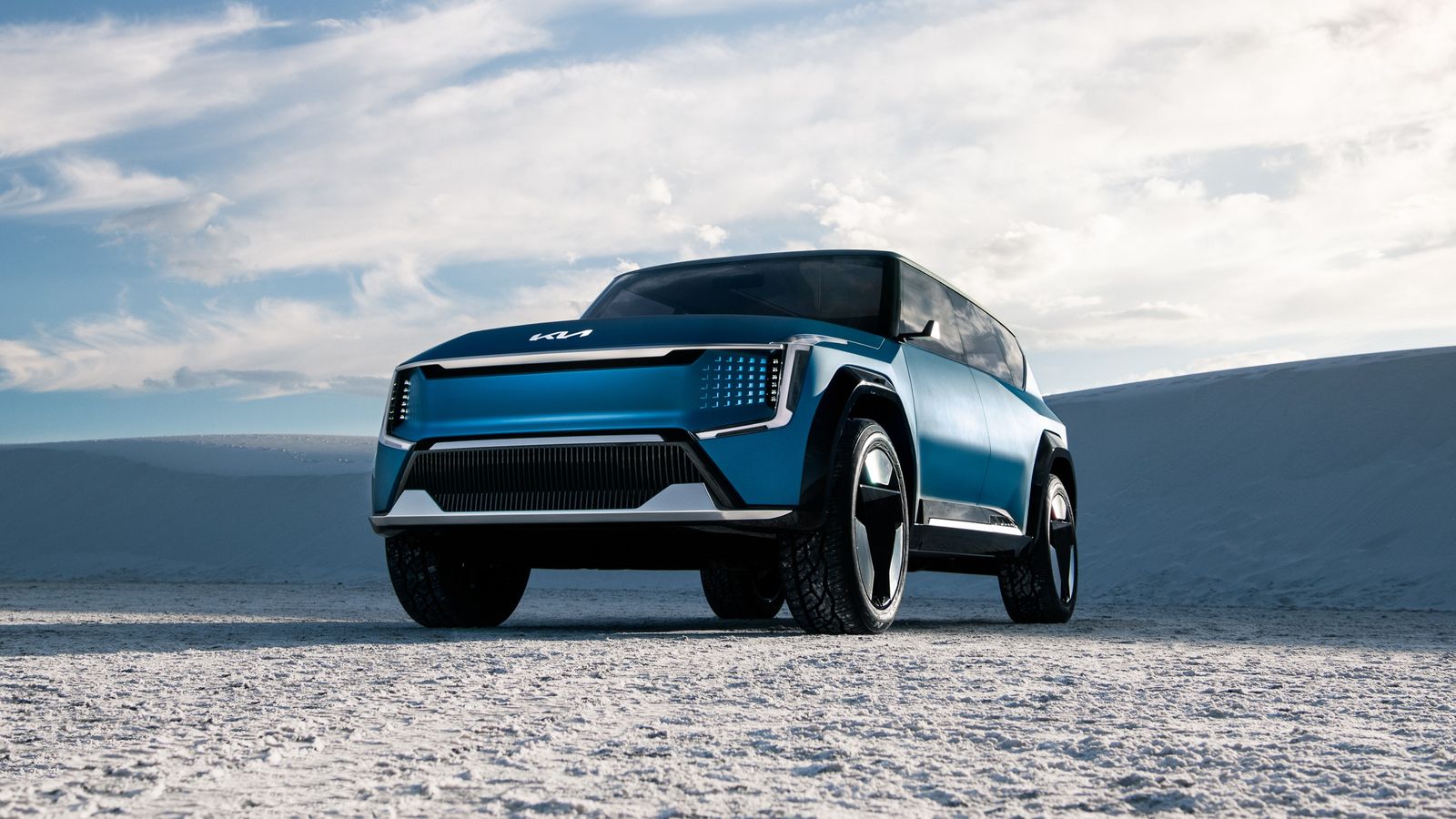 As Kia is expanding its EV lineup and aims to launch 11 new EVs till 2026 and EV9 is a part of it. The Kia EV9 shares its platform with South Korean auto giant Hyundai Ioniq 7 and it slightly looks like Kia Telluride. As Kia hasn’t revealed its exact battery size and range but we could expect that it will offered with dual motor setup which generates 576 HP and about 300 miles of driving range with rear or all-wheel drive system.

The EV9 will be the new model for the brand and its production version will arrive to the dealerships till 2023.

Kia hasn’t announced any statement regarding EV9’s pricing and features list but we’ll update it as the information becomes available.

Kia EV9 might come with two battery setups such as one smaller and another is bigger like EV6 but we aren’t sure about its size but Kia claims it driving range is about 300 miles. It also supports 350-kW battery charging setup and will support recharging from level 2 outlet. It can go from 0-60 in 5.3 seconds and have a top speed of 130 mph.

We’ll update the information about its safety features and battery setup when the it becomes available from the Kia.