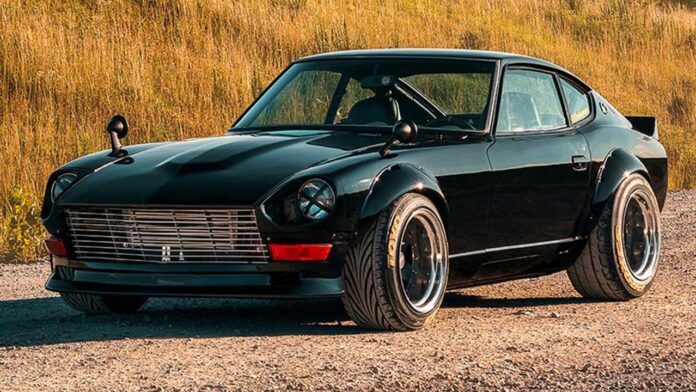 Driving a JDM is everyone’s dream, especially for students who buy their first car. Many teens wanted to get behind these classics and show off their ride at school and universities. Thanks to their customization options and high tuning potential, these cars are always in huge demand. Especially in the US where the car market is getting more cars than it has ever gotten. Buying a car and unleashing the imagination on it is every car buyer’s and gearhead’s dream. In this list, we have added some great project cars that are high in thrill and low on pockets. These are the 10 best JDM project cars under $10,000 that students can buy in 2023.

Talking about JDM and Mazda names never comes up that is never going to happen. One of the most popular models is the Mazda RX-7 FC. It has a beautiful design, is fun to drive, and packs in a crazy amount of power. It costs $40,000. No, I am not going to talk about that model. That is exceeding your budget by a lot but this model is something to look for. I mean it is just wow. So, the RX-7 FC costs very less than RX-7 FD and is not as special as its successor. RX-7 FC is still a very beautiful Japanese machine. The RX-7 FC comes with a turbocharged Wankel rotary engine which produces over 200 horsepower. You can get one for as low as $9,600.

Next comes the Suzuki Cappuccino in a Kei car segment, a dream car for many car tuners. Kei cars mean cars for urban areas and cars for space-saving parking spaces. The Cappuccino is one of them. Not being judgy with its looks, this small Cappuccino has a 657cc turbocharged engine which is enough to make this JDM car super fun. You can get one for as low as $9,000 in 2023 if you are lucky to find one.

In the 80s Toyota made MR2 take over the affordable sports car market. The MR2 made its debut in 1984 and became a huge hit thanks to its stunning looks and pocket-friendly price. People love this MR2 for its mid-engine design that offered great agile handling. Toyota MR2 had a run for three generations produced between 1984 to 2007. You can get one for as low as $8,000 in the used cars market and make it your perfect dream car.

Toyota created the Lexus brand to tap into the elite markets with their luxury cars to compete with its german rivals. The Lexus IS was one the most popular ones back in the 90s and the 2000s. The first generation released in 1998, is still one of the most popular JDM cars among many car tuners. Its incredible performance comes from the 3.0-liter inline-six producing over 220hp. Students with a tight budget can get this for less than $10,000 and man this car will blow your mind.

The Mitsubishi Starion is one of the most popular JDM cars designed for the common people to fulfill their need for performance. The Starion’s 200-hp turbocharged four-cylinder engine is perfect for almost every kind o driver. The features pop-up headlights which look cool and also go into the body when not needed. In the 80s, almost all automakers were making affordable sports cars. They bridged a gap between the rich and the average people. The Mitsubishi Starion being one of them earned a lot of eyes for its stylish looks and thrilling performance.

The Nissan 240Z was the copany’s first Z-badged performance car. The 240Z is also known as one of the most beautiful cars ever made. Due to its massive popularity, the car is hard to find because of its rarity. You can buy the 280Z, as the later version of the Nissan car for as low as $8,700. The Datsun 280Z camewith a 2.8-liter six-cylinder engine that made 170 horsepower. Nissan partnered with Bosch to develop the car’s fuel injection system that resulted in a thrilling performance.

The Mazda cars are undoubtedly one of the most popular JDM cars for any kind of motorhead. Especially the RX and the MX series, the company made to offer the mass audience with great performance under budget. The Mazda Miata is one of the greatest cars ever made thanks to its unique design language and popular set of features. These cars feature a stylish-looking design and offer great performance from their turbo-four engines.

The Nissan 350Z is one of the most popular Japanese cars ever made. Nissan launched 350Z in the early 2000s. The 350Z came with a beautiful-looking design and eye-catching looks which many buyers loved. The car came with a 3.5-liter V6 engine that made a hefty 350 hp and 268 lb-ft of torque. The 350Z earned great respect and fame cause of its performance dynamic and ultimate driving thrill. The car’s endless tuning potential made it one of the most popular JDM cars for students in 2023.

Mitsubishi collaborated with Chrysler to compete with the Miata MX-5 and created the Mitsubishi Eclipse. From the Fast & Furious franchise to every other action car film, this JDM classic is a piece of gem. The Eclipse came with a 2.0-liter turbocharged four-cylinder engine that made 210 horsepower. The stunning design and insane amount of power made this car a JDM legend. You can get one for as low as $8,000 which made it one of the best JDM cars for students.

The Subaru WRX top our list of one of the best JDM cars students can buy right now. With its 1992 model, this Japanese legend offered a 2.0-liter turbocharged engine that made 270 hp. The WRX offered a thrilling performance with its rally-inspired chassis and tuned suspension. For a price of as low as $9,000, the WRX comes as a great high-performance car you shouldn’t miss.