HomeCAR NEWS2022 Interceptor Utility: One Of The Best Police Cars

2022 Interceptor Utility: One Of The Best Police Cars 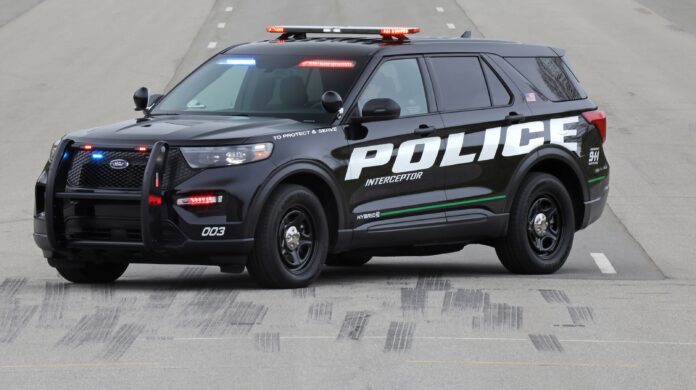 Ford Police Interceptor vehicles are made by Ford. The company started producing the police variant vehicles in 1979 with the Ford Crown Victoria along with taxis known as P72. The term interceptor was introduced in 1992. The 1992 Ford Crown Victoria had a 4.6-liter Modular V8 engine along with a Ford AOD/AOD-E or a Ford 4R70W four-speed automatic transmission. The second generation of this vehicle came in 1998 and discontinued in 2011.

Later Ford used Taurus from 2012 and this sedan discontinued in 2019. In 2019, The first hybrid vehicle (Ford Fusion Hybrid) brought into the lineup with the name Police Responder. In 2012 came the Ford Explorer, Ford Police Interceptor Utility which is still continuing. Ford recently revealed Ford F-150 Lightning Pro SSV a pickup truck that is an all-electric vehicle. (Source : hotcars.com)

Interceptor Utility built along with the Ford Police Interceptor Sedan has many similarities in the mechanical parts, performance, and repair techniques. The Utility used a 3.7L Cyclone V6 making 304 hp power and 279 lb-ft of torque. In 2014 the vehicle came with a 3.5L twin-turbocharged EcoBoost V6 engine that produces 365 horsepower and 350 lb-ft of torque. This vehicle with Ford’s 6F six-speed automatic transmission took 5.5 seconds to accelerate from 0-60 mph.

The Second Generation Interceptor Utility came in the 2020 model year. It has three engine options. A twin-turbocharged 3.0L EcoBoost V6 engine making a power output of 400 hp, a 3.3L Hybrid V6 makes 318 hp, and a 3.3 L V6 engine produces a power output of 285 hp. The vehicle with 3.0L EcoBoost V6 has a top speed of 148 mph and takes the same 5.5 seconds to sprint from 0-60mph making it the fastest police vehicle for sale.

The hybrid variant known to have much better fuel economy than any other cop vehicle. Each hybrid vehicle can save around $3,500 to $5,700 a year to the department. A 12.1-inch Integrated and streamlined Computer Touchscreen replaces the laptop display in the 2022 Ford Police Interceptor Utility. This has space to fit all the emergency equipment and speak about safety. This vehicle has a solid life-saving design, it provides 75 mph rear-impact protection which is the only vehicle in the world to do it.