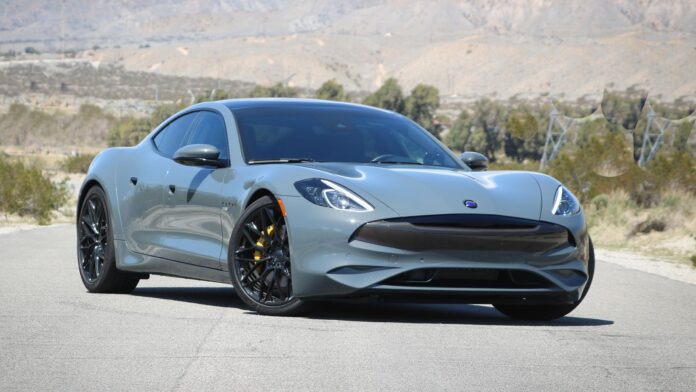 I don’t think many of you have known this high performance automotive brand but I’m sure the needs doesn’t miss out on anything. Karma is one of the those brands which offer high performance sports and supercars with it’s futuristic and aerodynamic looks (could be seen like the Aston Martins) and a performance which is just thrilling to drive and is here to rival the established cars such as the Porsche Panamera, BMW 8 Series Gran Coupe and also the super luxurious Audi A8 and the Mercedes Benz S Class.

Karma offers a variety of models which is proposed to cater every customer’s needs with varying power outputs. Their entry level plug-in hybrid GS-6, with it’s four door design makes 536 horsepower, and next comes the all wheel drive Revero GT  which makes a enormous 1100 horsepower and the top of the line GSe-6 which will an all electric supercar with a claimed driving range of 300 miles. The rest of the details are still not known but we’ll update the list when we get the official spec list.

After the bankruptcy of the Fisker Karma automotive, which was sold to the Chinese auto parts maker Wanxiang in 2014. The California based Karma automotive emerged as a separate entity here to make its portfolio appealing to a wide genre of buyers with it’s trio car models.

While the details about the Karma GSe-6 and the Revero GT are still unknown, Every GS-6 model will come onboard with a 1.5 Litre three cylinder BMW sourced engine with a hybrid setup and will make an enormous 536 hp and 550 lb ft of torque which will allow the car rip off to 60 mph from 0 in just 4.5 seconds, while the GS-6 Sport comes with the same engine that produces same horsepower but an extra 74 lb ft of torque and can go from 0-60 mph in 3.9 seconds and additional 21 inch wheels with 22 inch as optional and the all electric GSe-6 will boast be even more quicker and more torquer electric motor design.

And just as anyone would expect from a sports sedan the new GS-6 will likely deliver an impressive fun to ride experience and with a performance which can fill any gaps of your power needs with an optimistic and confident driving.

The all electric, GSe-6 will come with a 103 kWh battery pack which will be able to deliver a claimed driving range of 300 miles. While the entry level GS-6 and the GS-6 Sport will be able to deliver 54 and 61 miles of electric only range. And can charge from 0-95 percent in just 34 minutes with the 480 volt DC fast chargers and takes four hours with the 240 volt outlets.

The entry level GS-6 will start at a price of around $85,700 which would go up with the more expensive trim levels.