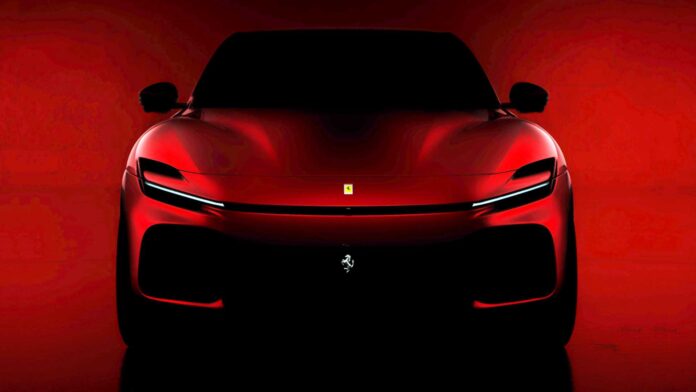 New images of the Ferrari Purosangue have come through during its testing on public roads.

The Ferrari Purosangue has been announced a long time ago. Since then, the images from the production facility came through. Next comes the latest spy video of the upcoming Ferrari SUV.

Courtesy of the YouTuber Varryx, we can see Ferrari’s upcoming four-door SUV with a much clearer and broader look. The video of the fully wrapped camouflaged SUV shows the sculpted body. It is shaped like an SUV, but with a touch of the Italian blend for which the manufacturer is popular. The Purosangue looks just absolutely stunning, with its curvy looks and long hooded body. We can say that Ferrari has done a remarkable job on its upcoming SUV. It feels like a Ferrari car, as it doesn’t look weird in the company’s portfolio. The prototype is fitted with a unique set of wheels, unlike the previously leaked images. The rear-end quad exhausts produce thumping and thrilling notes while on full throttle.

The Ferrari Purosangue will be unveiled later this year, confimed by CEO Benedetto Vigna. And considering the prototype images and other stuff coming about the SUV, we can expect the reveal before the end of this year. The CEO also acknowledged the upcoming SUV will “exceed our customers.”

We cannot argue much about the Purosangue’s powertrain and performance. We expect that it will come with either a hybrid V8 or a V12 cylinder considering the company’s history. As there is no information from Maranello. Ferrari is all set to reveal its first EV in 2025. We are hoping for a hybrid powertrain as the recent push for electrification is happening around the auto industry. Especially high-performance supercars.