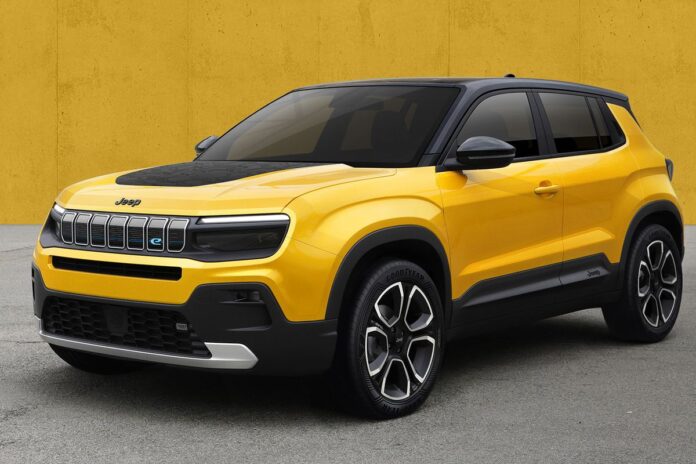 First Electric Jeep Is Coming In 2023

The automaker has released plug-in hybrid versions of its Wrangler and Grand Cherokee SUVs and plans an off-roading version of the Grand Cherokee, the Trailhawk, which also comes with a hybrid motor also plans to sell “zero-emission” versions of all its vehicles by 2025.

But it looks like Jeep is slower to embrace electrification. The company didn’t provide specifications or even a name, but from the looks of it appears to be relatively compact like the Compass. Autoblog notes Jeep might be using the STLA Small platform that supports up to an 82kWh battery and 300 miles of range.

sister company Ram will release an electric ProMaster van in 2023 and 1500 pickup truck, details remain thin about the upcoming Ram’s battery capacity and powertrain, but the teasers show the general direction for the BEV pickup. Stellantis brand Dodge also has its first electric muscle car due that year.

Both the Jeep EV and Ram 1500 EV will likely use Stellantis’ STLA platform, which is one of four platforms used by the automaker for its upcoming lineup of EVs.