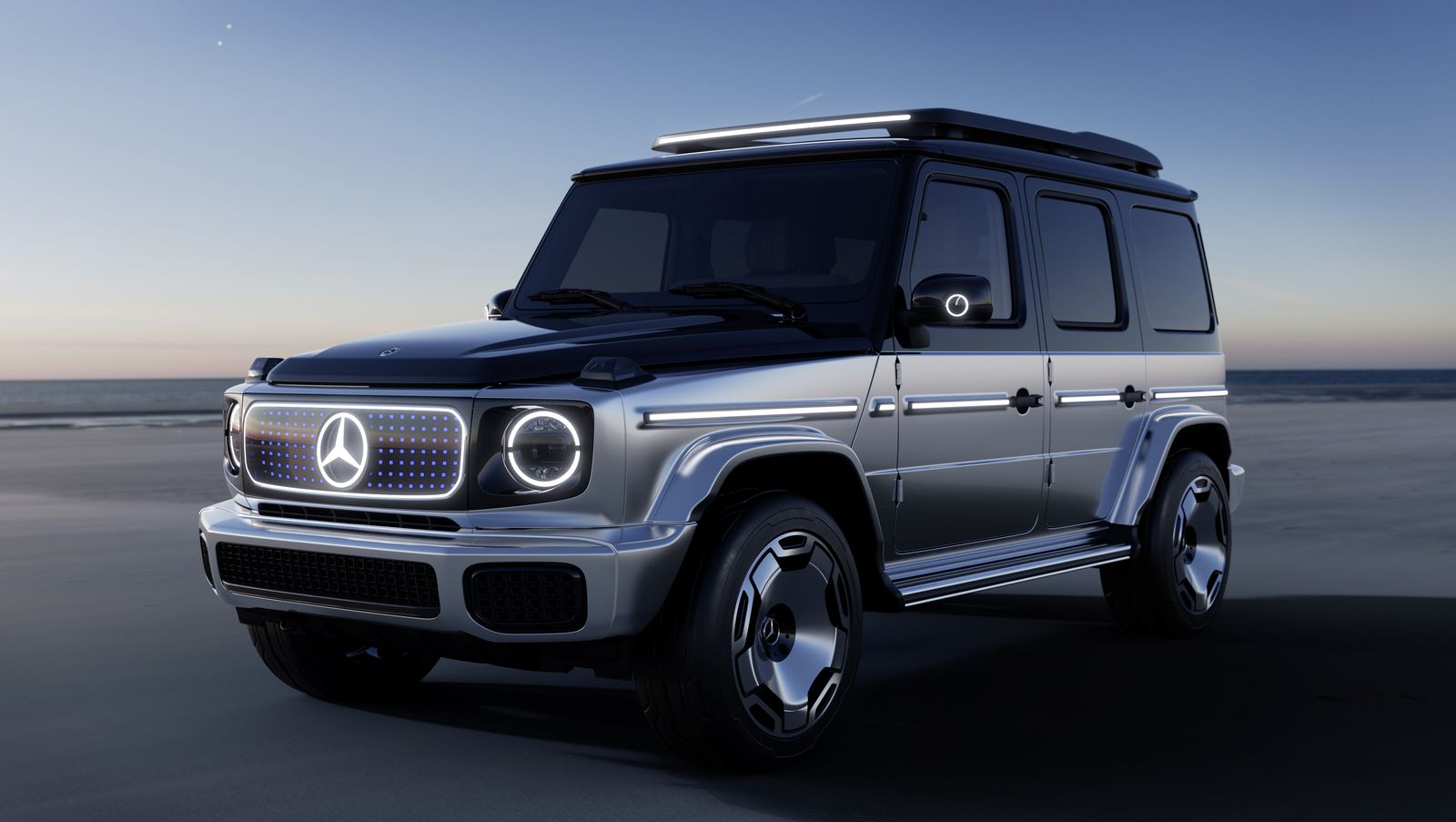 We all know the legendary Mercedes G-Class from decades. Its been a perfect off-roader and status symbol for celebrities. Now the german automaker all set to launch its fully electric version. The design and drivability remains the same with its classic boxy design, ladder frame chassis. It will comes with the four electric motors i.e. one motor per wheel.

The suspension setup and chassis would be the same like gasoline G-Class. It expected to launch till 2024 and will goes on sale at the end of 2023.

The all new Mercedes Benz EQG will comes with four electric motors, each for per tyre. It would be beneficial for off-roading capabilities as well as on road performance. The suspension setup like independent front suspension and chassis would be the same like gasoline one. This EQG can go 0-60 MPH in just 4.0 Seconds and have a top speed of 155 MPH Expected.

Mercedes haven’t announced the  features list and efficiency of EQG. We’ll update it as we got it.

The all new Mercedes G-Class EQG would be priced around $150,000 onwards. The brand doesn’t announced the variants list and exact pricing for EQG but it will somewhere around mentioned one. The EQG have a storage space on the spare wheel housing to keep some stuffs like Tesla. But we think that the brand will offer spare wheel in final stage product.