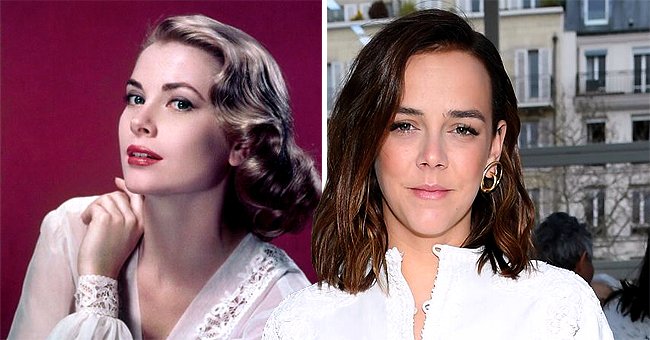 Pauline Ducruet is the member of royal family of Monaco and the daughter of Princess Stephanie of Monaco and Daniel Ducruet. She represented Monaco at the World Junior Diving Championships held in Germany in 2010. Pauline is the sister of Instagram Influencer Camille Gottlieb. Pauline received a bachelors degree from Prince Albert University of Monaco. In 2015, Pauline went to study fashion design in New York, as a part of her studies, she was offered a five months internship at Vogue and a six months internship with Louis Vuitton. Ducruet also launched The Altered Designs which is a fashion company. She along with her half sister Camille Gottlieb look after the BeSafeMonaco NGO. Let’s take a look at Pauline’s exotic cars.

Every royal garage is incomplete without the mighty G wagon, So Starting the list with Pauline’s G63 AMG. The beast is powered by a 4.0-litre Bi Turbo V8 which makes 480 horsepower and 850nm of torque paired with a 9-speed automatic gearbox. The G63 comes with a price tag of $200,000. The SUV comes with 15-speaker Burmester sound system. The car is not only sporty but comes loaded with various Luxury features such as massage and ventilated seats, 12.3″ infotainment system, soft close doors, spacious cabin and a AMG exhaust for a thrilling sound.

A luxury saloon is a must for every Royal, So Next on the list is Ducruet’s E350 which comes with the Mercedes 3.0-litre V6 engine making 255 horsepower and 620Nm torque. The E Class is a complete package that comes with Reclining seats, Cruise control, Ventilated seats, 3-zone climate control, soft close doors, Burmester surround sound system and of course a price tag of almost $60,000.

The Designer also owns a Mercedes Benz V Class, which was gifted to her and Camille Gottlieb by Monaco’s high end fashion designer Elena Sivoldaeva for the sister’s active part in the BeSafeMonaco NGO. The V Class is a 6-seater van crafted specially for the Elites powered by a 2.2-litre 4 cylinder engine making 161 horsepower and 380 Nm Torque. The Car comes with reclining seats, Anti Theft System, 3-zone climate control, Harman/Kardon 15-sound speakers. The car costs over $80,000.