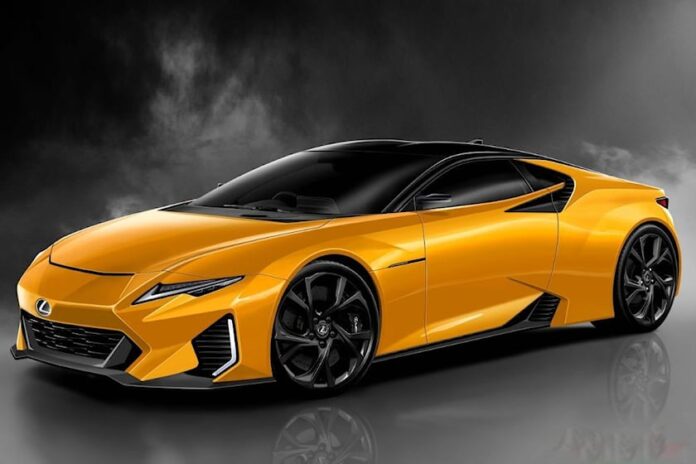 All New LFA2 is going to get powerful Twin-Turbocharge V8 engine which will make sound on roads again. Lexus is the subsidiary of Toyota Group manufactures high-end cars. And LFA being their top tier supercar has not been in production since December 2012. All that raging V10 sound. And the engineering was left behind due to lack of buyers to sustain in the long run. But now it looks like, after 13 years, the newer second generation of LFA could be introduced in 2025.

Similar to the first generation, the new LFA will be a two-seater and instead of the raging V10, it will use Lexus upcoming 4.0L twin-turbo V8 electric hybrid engine which will produce a combined output of over 700 horsepower. Some kind of electrification is also rumoured to be employee, though it is unclear if it would be a plug-in or mild-hybrid setup. New Lexus LFA2 can go from 0-60 mph in just 3.2 Seconds and have a top speed of 210 Mph which is truly insane (Expected).

This car would be built around Toyota’s TNGA-L architecture & abandon the original LFA’s carbon chassis structure. Also, the new LFA will reportedly use a front-engine layout for better weight distribution. A Gazoo Racing insider says, “This will be the last conventional sportscar from Toyota”.

Toyota and Lexus have some big EV plans with a range of cars covering every segment. A total of 16 previewed concepts that will eventually come into production cars will fulfil every specific segment from trucks and off-road SUVs to sports cars and family hatchbacks.